Hello! And welcome back to our recurring series in which we share with your our favorite new songs and videos from the week.

So, without further ado, let’s get into the music, shall we?

1. Bright Eyes released three new songs as part of an extensive reissue and re-recording project set for 2022. One of those new songs is “Haligh, Haligh, A Lie, Haligh,” which features everybody’s favorite guitar-smasher, Phoebe Bridgers. Check out that new track below.

2. Nicki Minaj released a new single and accompanying music video for the song “Do We Have A Problem,” featuring Lil Baby. The video, which begins like a movie, is over nine minutes long. Of course, it features Minaj’s biting lyricism and sharp delivery. Check it out below.

3. Today, Mitski released a new LP, Laurel Hell. And with it, the artist released a new music video for the propellant single “Stay Soft,” which you can check out below. The video is especially dramatic and lush in its production.

5. Erin Rae has released a new honky-tonk single, “Can’t See Stars,” which features the artist Kevin Morby. The jaunty tune is part of the singer-songwriter’s forthcoming album, Lighten Up, which dropped officially today (February 4). Check out the new tune in all of its slide guitar glory below.

6. Slash featuring Myles Kennedy & The Conspirators played a new song, “The River is Rising,” on Jimmy Kimmel Live. Prior to the performance, Kimmel said, “It’s time to get very loud.” And he was right. The group’s new album, 4, is set to drop on February 11. Check out that performance below.

7. Similarly, another rock group, The Linda Lindas, performed their newest track, Growing Up, on The Late Late Show with James Corden earlier this week. The new single is part of a new album of the same name, which is set to drop on April 11. Check out the late-night performance below.

8. Country songwriter (and TikTok star) Travis Yee released a new catchy tune this week called, “She’s Changing,” which you can check out below. The acoustic-driven tune is a blend of traditional and contemporary writing and production techniques. No wonder the kids love him and his crystal-clear voice.

9. Clap Your Hands Say Yeah released a new heartfelt acoustic version of their song, “Where They Perform,” which you can check out below. Get the tissue box ready and the excuses like, “It must be dusty in here!”

10. Legendary musician Kamasi Washington released a new single called “The Garden Path,” which you can check out HERE. And Washington also appeared on The Tonight Show Starring Jimmy Fallon (his TV debut!) this week to perform a stunning rendition of the tune (with a giant backing band). Check that out below.

11. One of our favorite Northwest rock bands, Tres Leches, released a new song this week called, “Fireworks.” The bilingual rockers, who are signed to the famed record label Devil in the Woods, have enough energy to power the Space Needle many times over. Check out their hit new single, “Fireworks,” below.

12. What’s better than combining food with music? Not much, we’ll tell ya what. That’s why we love this new tune from rockers Illuminati Hotties, “Sandwich Sharer,” which you can check out below in all of its fuzzy, indie delight.

13. Seattle rockers Chris King & The Gutterballs released a sticky new single today, “Party With You.” The song is California heart with PNW snarl. It’s a beauty of a tune, so do yourself a favor and check it out below. 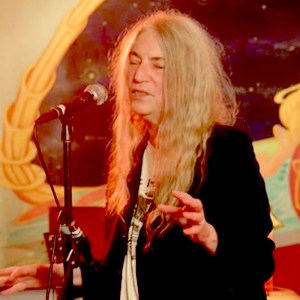