At the band’s latest live show at the Troubador in West Hollywood on Tuesday night (November 23), the newest rock supergroup NHC was joined on stage by Foo Fighters rhythm guitarist, Pat Smear, only increasing the literal and proverbial wattage on stage.

NHC, which is the new rock band comprised of legendary guitarist Dave Navarro, Foo Fighters drummer Taylor Hawkins and Jane’s Addiction bassist Chris Chaney, has hit the ground running since their debut performance at the Ohana Music Festival in October.

Since that show, during which the three joined Pearl Jam’s Eddie Vedder as he filled in for the rock band Kings of Leon, who were dealing with a family illness, NHC has released four songs, a lyric video or two, and melted plenty of faces.

But on Tuesday night, the band hit the West Hollywood stage with Smear, who has reportedly been practicing with the band of late. Check out the video of the performance below.

The band had hinted at Smear’s involvement in a series of Instagram posts prior to his arrival with them on stage from their adorned practice space. The band wrote on Instagram, “Our rehearsal space. Also, there’s a “Where’s Liam?” component to this image. #patsmear.”

After the show, the band posted a photo from the Troubador stage, writing on Instagram, “So much fun…NHC it was a family and friends at the Troubadour.”

Smear has now joined NHC at both the Troubadour show and at the Ohana Festival in California. But Rolling Stone reports that he’s given the band a “soft no” to joining them on any future tours.

Since forming earlier this year, NHC has dropped four songs, “Devil That You Know,” “Feed the Cruel, ” Better Move On,” and “Lazy Eyes,” all of which you can check out below. Rumors swirl about a new LP in 2022 with a few more single releases between now and then.

And check out more live footage from the band’s set at the Troubador below, including a cover of David Bowie’s Ziggy Stardust. 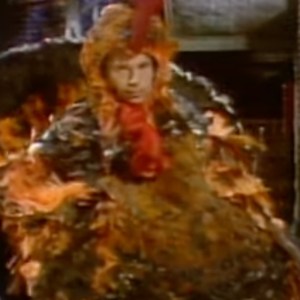