Paul McCartney is many things.

He’s one of the four legendary Beatles. He’s a lead singer. A frontman. A businessman. He also just recently concluded his Got Back Tour.

Well, McCartney is also apparently a good friend, too.

The former Mop Top took to Twitter on Wednesday (September 21) to wish one of his compatriots well as they appear on the popular Fox singing competition show The Masked Singer, which began its new season this week.

Wrote McCartney on the social media platform to his four-plus million followers, “I have heard whispers that a pal of mine is on America’s #TheMaskedSinger premiere! Best of luck friend! Sing with all your heart!”

Could McCartney be giving a clue in his post? The Masked Singer television show, of course, puts famous singers in costume and adds vocal effects to their voices to create a guessing game. Viewers enjoy the show, as they try to guess who the purple zebra is, or who the robot is, underneath the costumes.

“Sing with all your heart!”—could that be a hint as to the identity of McCartney’s “friend” on the show? Who knows.

The identity of the singers is revealed in later episodes, so perhaps clarity will come down the line for fans of the show and of McCartney.

In other recent Macca news, the singer was one of many to show his support for the passing of England’s Queen Elizabeth II, along with artists like Elton John and Mick Jagger.

McCartney, who was knighted by the Queen in 1997, honored the late monarch and King Charles III. “God bless Queen Elizabeth II,” wrote McCartney. “May she rest in peace. Long live The King.” 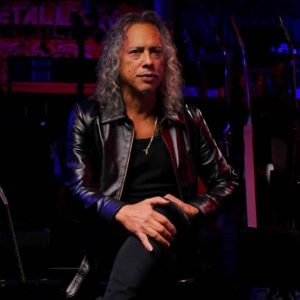