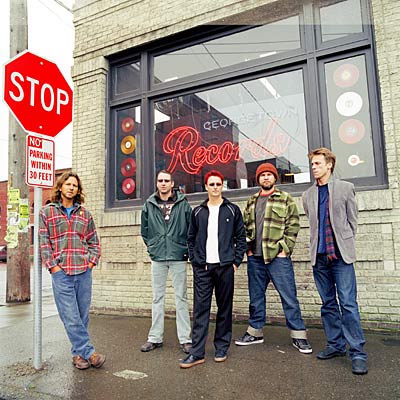 Pearl Jam Twenty, the new documentary on the band by Cameron Crowe, had its Seattle debut on September 20 (in a face off with grunge rivals Nirvana, it being the same night the “Nevermind Live” benefit concert was being held at the Experience Music Project museum). A quick sellout meant more screenings were added, and two days later, fans were still lining up over an hour before showtime.

It’s typical of the devotion the band’s fans have, especially those in their native city. In Pearl Jam Twenty, Seattle essentially becomes another member of the band, with constant cutaways to the city’s well known landmarks (the Space Needle, Pike Place Market), and neighborhoods locals will recognize instantly, a picturesque location that does much to explain the band’s laid back character. Crowe has been a friend of the band for years, and the respect the band members have for him is obvious; they’re relaxed in a way it’s hard to imaging them being with another interviewer.

Crowe also had access to the Pearl Jam’s voluminous archives, and there’s plenty of rare footage, from the band’s second-ever show to more recent performances. Though Pearl Jam Twenty is scheduled to be aired on PBS, and will undoubtedly see DVD release later, the small screens will never be able to adequately convey the intensity of the live shows, another reason why the theatrical screenings were such a draw for fans.

The film reminds you that Pearl Jam’s story is rooted in tragedy; the band arose from the ashes of Seattle Mother Love Bone, whose lead singer, Andrew Wood, died in 1990 of a heroin overdose (Soundgarden’s Chris Cornell still chokes up when talking about his former roommate, and Wood’s death is identified this as the moment the Seattle scene lost its innocence). And the band touches on rough patches in their own career, such as their shambolic MTV performance for Cameron’s set-in-Seattle film Singles (which ends with Vedder grappling with security guards while shouting “Fuck MTV!”), guitarist Mike McCready’s addiction problems, and the various times the band considered breaking up. Some areas are glossed over; they address their revolving drummer situation, but clearly aren’t interested in revealing too many details (Matt Cameron is the only drummer interviewed). And while there’s a section on their campaign against Ticketmaster, there are no follow up questions addressing how they’ve reconciled to working with the agency.

Even with a running time of nearly two hours, you nonetheless feel that the film could easily have been twice as long — or longer. There’s that much material in the archives. But through it all, the members of Pearl Jam come across as unassuming guys who just want to make the best music they possibly can. It’s that kind of determination that has won them such a fervently loyal fanbase — who are sure to be thrilled with the film, and its accompanying book and soundtrack. 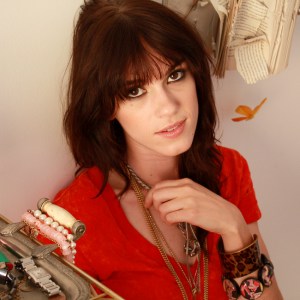 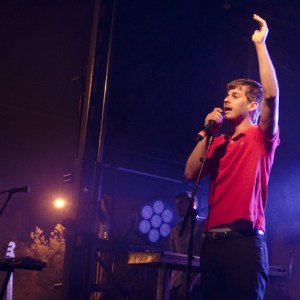