“Russian soldiers, stop killing your brothers,” wrote Gilmour on social media. “There will be no winners in this war.”

He added, “My daughter-in-law is Ukrainian and my granddaughters want to visit and know their beautiful country. Stop this before it is all destroyed. Putin must go.”

In his post, Gilmour also included the lyric video to the song “In Any Tongue,” off his 2015 solo album Rattle That Lock, which includes anti-war lyrics written by Gilmour’s wife, writer Polly Sampson: How was I to feel it when a gun was in my hands / And I’d waited for so long,” Gilmour sings on the track. “How was I to see straight in the dust and blinding sun / Just a pair of boots on the ground.

Following the invasion of Ukraine, which began on Feb. 24, dozens of artists, including Elton John, Stevie Nicks, Cher, Madonna, Miley Cyrus, Foals, and more have voiced their disdain over Putin’s invasion and support for the Ukrainian people.

Ukrainian artists Bloom Twins, Khrystyna Soloviy and Jinjer have also spoken against the attack, in addition to Russian artists like Valery Meladze and Russian punk activists Pussy Riot, who created NFTs to aid the people of Ukraine. 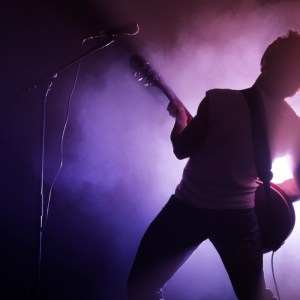