Punk and post-punk icon Siouxsie Sioux, formerly of Siouxsie and the Banshees, will return to the stage for the first time in a decade as a headliner at the Latitude Festival in Suffolk, England in 2023.

Marking her first live concert since the 2013 Meltdown Festival, Sioux will headline the BBC Sounds Stage at the festival on July 23, joining fellow headliners Pulp, Paolo Nutini, and George Ezra at the festival, which runs July 20 through 23.

Emerging in the genesis of London punk rock in the mid-1970s, Sioux formed Siouxsie and the Banshees with bassist Steve Severin in 1976 and added a number of band members swinging in and out in the early days before landing on longtime drummer Budgie, who was also married to Sioux for many years. Late Sex Pistols bassist Sid Vicious momentarily played drums for the band for some of their very first shows, and The Cure‘s Robert Smith had a brief stint as the Banshees’ guitarist from 1982 through 1984. (Smith and Severin also formed the short-lived post-punk outfit The Glove in 1983.)

Over the years, from the band’s 1978 debut The Scream through The Rapture, Siouxsie and The Banshees emerged with more eccentric arrangements of punk-psychedelia, influencing everyone from U2, Radiohead, The Smiths, PJ Harvey, Smashing Pumpkins, and Garbage, among others.

Siouxsie and the Banshees released their 11th and final album together, The Rapture, in 1995. When the Banshees disbanded in 1996, Sioux and Budgie returned to the experimental art-punk project they started in 1981, The Creatures, and released one more album, Hái! before Sioux went on to explore her own solo career in 2005.

Sioux released her solo album, Mantaray, in 2007 and later recorded the song “Love Crime,” for the television series Hannibal in 2015. Her first single in eight years at the time, the song was co-written with Hannibal composer Brian Reitzell.

The band’s 1981 hit “Spellbound” recently had a small resurgence when it was featured in season four of the Netflix series Stranger Things.

In October 2022, All Souls, a compilation of The Banshees’ classic songs and rarities curated by Sioux was released.

Remastered at Abbey Road Studios by Miles Showell and under the supervision of Sioux, the collection features remasters of the band’s 1982 stand-alone single “Fireworks,” along with “Spellbound” and “Peek-a-Boo” and other rare recordings, including “El Dia De Los Muertos,” a B-side from the ”Last Beat Of My Heart” single, ”Supernatural Thing” from the band’s 1981 single ”Arabian Knights,” and ”Something Wicked (This Way Comes) ” from the single of ”The Killing Jar.” 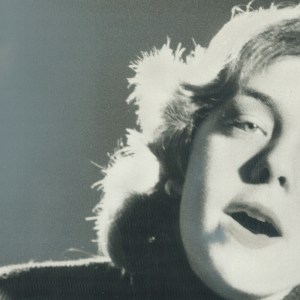