A reissue of John Lee Hooker’s popular comeback album, The Healer, has been scheduled for reissue on new 180-gram vinyl and CD. The 1989 work, which has been out of print for more than a decade, is slated to drop on October 28.

The record features guest appearances by Bonnie Raitt, Carlos Santana, George Thorogood, and many others and includes the Grammy Award-winning hit, “I’m in the Mood.”

The new reissue is available for pre-order, beginning today.

The prolific singer-songwriter—also known as the “King of the Boogie”—rose to fame in 1948 with the chart-topping R&B hit “Boogie Chillen.’” Over the next four decades, he worked tirelessly—recording dozens of albums, touring the world, and reinventing modern music along the way. As one of history’s greatest bluesmen, Hooker’s influence spread far and wide, inspiring a generation of musicians across multiple genres, including folk, rock, and blues. A handful of these artists are represented as guests on The Healer.

Recorded at San Francisco’s Russian Hill Recording Studios, the album was produced by guitarist Roy Rogers, who served as a member of Hooker’s Coast to Coast Band and would go on to helm three more records by the artist, including the Grammy-nominated Mr. Lucky (1991) and the bestselling Chill Out (1995). Together, they invited some of the industry’s greatest talents to perform a selection of new and classic material in both stripped-down and full-band settings.

Among the high-profile guests was Bonnie Raitt—a blues star in her own right—who joined her musical hero for the languid “I’m in the Mood.” The single, which Hooker first made a hit in 1951, was reimagined as a sultry and sassy duet. The duo’s interplay was so effective, in fact, that it won them a Grammy for Best Traditional Blues Performance at the following year’s award ceremony.

Another disciple of Hooker’s, Carlos Santana, appeared on the airy opening title track. “The Healer,” which became a global hit, paired Santana’s electrifying guitar licks and Latin rhythms with Hooker’s deep, emotive vocals. This creative partnership would continue throughout the ’90s, with Santana appearing on—and producing—several of the elder musician’s biggest albums.

Chart-topping artist George Thorogood, who rose to prominence in the late ’70s blues-rock scene, guested on “Sally Mae” (originally released in 1948 as the B-side to “Boogie Chillen”), where he delivered an impassioned performance on the guitar. Rounding out the guest list were East Los Angeles rockers Los Lobos, who had recently scored a No.1 hit with “La Bamba” (a cover of the Richie Valens song, recorded for the blockbuster biopic of the same name). The versatile group backed Hooker on the zydeco-flavored “Think Twice Before You Go.”

Hooker also recorded three solo tracks for The Healer, including the stripped-down “Rockin’ Chair,” the wistful ballad “My Dream,” and the album closer “No Substitute.” For the latter track, the bluesman delivered startlingly intimate vocals, paired with a lush acoustic guitar and his signature foot tapping, as he declared, “there ain’t no substitute for love.”

While Hooker released several albums in the ’80s, The Healer marked a turning point in his career, marrying the classic style of his heyday with a strikingly modern sound. Critics paid attention as well, showering the artist and his guests with praise.

Click here to pre-order The Healer and visit JohnLeeHooker.com for exclusive merchandise and more.

1.   The Healer (with Carlos Santana & The Santana Band)

5.   Think Twice Before You Go (with Los Lobos)

1.   The Healer (with Carlos Santana & The Santana Band)

5.   Think Twice Before You Go (with Los Lobos) 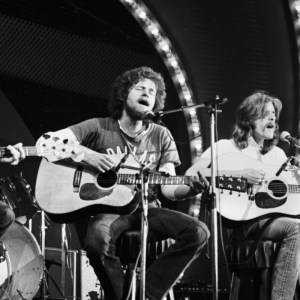 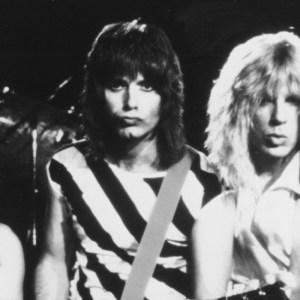