It’s been five years since Rihanna dropped her last album, Anti. The Barbadian vocalist has certainly kept busy since her eighth album release, but she’s kept quiet about her musical agenda—until recently.

In a run-in with the paparazzi, Rihanna responded to the question of whether or not she will be releasing new music in the future. The “Umbrella” singer promptly responded, “soon, soon, soon.”

This bombshell follows an interview in September of this year where Rihanna sparked conversation about her upcoming music. In an interview with the Associated Press, Rihanna teased the sonic theme of her next project.

“You’re not gonna expect what you hear, just put that in your mind. Whatever you know of Rihanna’s not gonna be what you hear,” she told the Associated Press. “I’m really experimenting, and music is like fashion, you should be able to play, I should be able to wear whatever I want and I treat music the same way. So, I’m having fun, and it’s going to be completely different.”

Rihanna’s latest confirmation of new music comes soon after she was honored as a National Hero of her home country, Barbados. 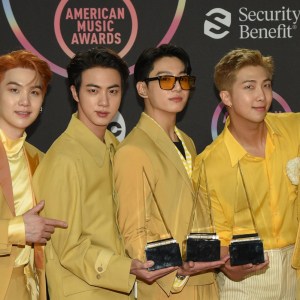