Of all the pop gems on her latest album, emails i can’t send, Sabrina Carpenter’s fans have singled out “Nonsense” as an uncontested favorite.

The playful, earworm of a song bottles up all that nervous energy that comes along with a new relationship. She sings in the chorus, I’ll be honest / Lookin’ at you got me thinkin’ nonsense / Cartwheels in my stomach when you walk in.

Thursday night (Nov. 10), Carpenter shared an equally lighthearted visual for the track. Directed by Danica Kleinknecht, the video sees the singer and a few friends embark on a night out, where they see the butterfly-inducing men in question—who happen to look quite familiar.

Carpenter wrote on Instagram, “track no. 9 has a video all bc of you guys!! nonsense video is out now and it is sooo unserious + def one of my favorite videos may b ever starring 2 of my besties and the most beautiful boys alive :’).” Check out the video below.

The 2022 released emails i can’t send has garnered over 15 million streams. The LP debuted at No. 23 in the Billboard Top 200, marking her best chart debut to date.

Carpenter recently told American Songwriter, “It just made sense because all the songs [on emails i can’t send] were different stories from that time in my life. I don’t regret any of the songs, but I think that there was a fear, initially, of putting stuff out that I was far too afraid to confront.”

The ex-Disney star recently wrapped up a 14-date headlining tour. Stops along the trek included New York City’s Webster Hall and The Wiltern in Los Angeles. Along the tour, “Nonsense” became a sure-fire crowd-pleaser as Carpenter ad-libbed nonsensical outros for the song each night. The emails i can’t send tour was Carpenter’s first since her Singular Tour in 2019.

Photo: Courtesy of The Oriel Co. 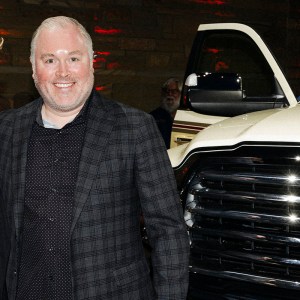 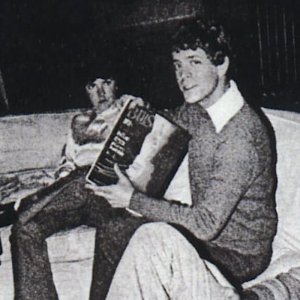