Legendary entertainers Snoop Dogg and Billy Ray Cyrus are set to join the Avila Brothers for a new song release on Friday (April 1).

That new track from the Avila Brothers, “A Hard Working Man,” will feature the two musicians and is set to drop via BMG.

”Who said you can’t teach an old Dogg a new trick! Snoop and the Avila Brothers are on fire with this new song out Friday!” Cyrus added in a statement.

“Timing has always been critical for us. For this project, everything lined up perfectly!” added The Avila Brothers. “Even more exciting is the partnership with BMG which shines an even brighter light on the contribution of global superstars, Billy Ray Cyrus and Snoop. The record we created puts the focus and value back on hard work.

“Together, we collectively illuminate, celebrate, and honor those around the world that have continued to show up every single day; keeping our world moving. Music transcends boundaries and is responsible for bringing the colorful world of The Avila Brothers, Billy Ray Cyrus, and Snoop Dogg together.”

The song is produced by The Avila Brothers and is mixed by DJ Quik. It was written by Bobby Ross aka AHVLAH, IZ Avila, Billy Ray Cyrus, and C Broadus.

Cyrus also posted about the track on Twitter, writing, “

Thank you to all involved in a great video shoot for “A Hard Working Man” with @SnoopDogg@AVILABROTHERS & @djquik! Lookin forward to the future… grateful for the present.”

Fans can CLICK HERE to pre-save and pre-order the new track. 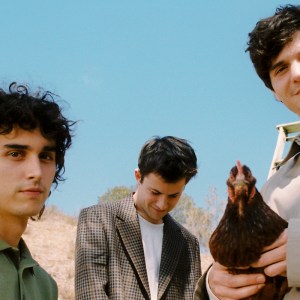