Taylor Swift said Billy Joel’s comparison of her to The Beatles “broke her brain.”

In a recent interview, Billy Joel compared Swift to the Fab Four and Adele to Barbra Streisand.

“Adele is a phenomenal singer, kind of a [Barbra] Streisand throwback,” said Joel. “Taylor [Swift] is also a very talented girl and she’s productive and keeps coming up with great concepts and songs and she’s huge. You have to give her high marks. She knows music and she knows how to write. She’s like that generation’s Beatles.”

Swift was honored by the comparison but said that she didn’t know how to process such high praise from Joel. “That honestly like broke my brain, because that doesn’t seem like a real thing that would happen in life,” said Swift. “I might have hallucinated it, maybe we had the same hallucination because I don’t really know how to process words like that from someone like him, I’m a huge fan of his.”

Swift recently released her re-recording of her fourth album Red (Taylor’s Version), and made chart history with the release of single “All Too Well (Taylor’s Version) as the longest-running song to reach the Hot 100, running 10 minutes, 13 seconds, beating out the long-standing record-holder, Don McLean’s 1971 hit “American Pie (Parts I & II).”

Red is the second of Swift’s first six albums to get re-recorded and released as Taylor’s Versions in an effort to reclaim the masters of all her earlier work. 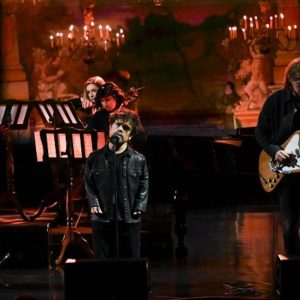 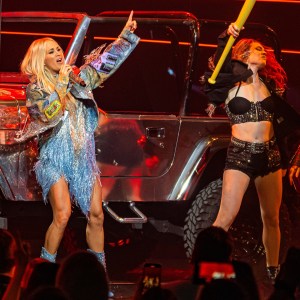