Search
Cart 0
Menu
Godin Multiac Spectrum SA Acoustic-Electric (left) (Street: $1,579) No matter what your taste or playing purpose, you normally can’t go wrong with a Godin guitar, and the company’s Multiac Spectrum SA is no exception. Godin has always been a rule-breaker, and they’ve done it again with this acoustic-electric that has a Seymour Duncan lipstick pickup in the neck, as well as individual transducer saddles under each string, giving the option of blending the bridge piezo and the Duncan. And for the player who takes things a few levels higher, it has a 13-pin connector for controlling Roland GR Series and Axon AX100 guitar synths. If you’re really adventurous, you can blend both pickups and the synth with each other using the sliders in the top of the guitar body. The guitar has a chambered mahogany body that’s designed to fight feedback, with a spruce top, mahogany neck and Richlite fingerboard. And it’s got a way-up-the-neck cutaway that allows access to the 22nd fret. A cool and versatile guitar for the player who’s looking for something out of the ordinary that’s sounds great and is highly functional. Made in Canada. Paul Reed Smith SE Custom 22 (right) (Street: $729) The PRS SE Custom 22 is a good all-purpose electric that can deliver everything from nice vintage rock tones to smooth jazzy sounds, and all points in between. Equipped with PRS Tone Furnace neck and bridge humbuckers, the guitar’s three-way toggle switch allows each pickup to be used separately, or for the two to be used together, with different tone combinations achievable using the single tone knob. The mahogany neck with a rosewood fretboard lends itself to both speed and accuracy, and PRS-designed tuners and stoptail bridge help ensure the most perfect intonation available. On top of it all, this double-cutaway guitar is gorgeous, continuing the PRS tradition of making great-sounding axes that combine both fine art and engineering craftsmanship. The guitar features a beveled maple top and a mahogany back that comes in either a vintage sunburst or a sweet whale blue. And, of course, the neck inlay features the always-cool PRS bird inlay. A nice axe for both the stage and the garage.

When you’re on a gig, the last thing you want to worry about is the reliability of your gear. Reliability, coupled with ease of use and modern features like automatic gain control, feedback rejection, and iOS/Android app functionality make the Sennheiser D1 evolution wireless vocal set the perfect choice for those who want crystal-clear vocal reproduction in a rugged handheld wireless microphone. The one-touch sync makes this wireless set a great option for those who are unfamiliar with wireless technology, as the microphone can sync with the receiver, choose the best frequency, and set gain levels all with the touch of one button. Out of the box, the mic is operational in seconds. Advanced users, on the other hand, will enjoy the manually control via the iOS or Android app, and additional effect options like de-essing, megaphone, phonem and 7-band graphic EQ. Both users will benefit from the rock-solid wireless signal, provided by Sennheiser’s “Wireless Link Protection” that works in the background to ensure that your signal and transmission power is always optimal, virtually eliminating dropouts and conflicts with other systems in the crowded 2.4Ghz range. — STEVE MARTIN

Yamaha’s DBR12 speaker is rated at 465 watts (1,000 watts peak) with 400 watts dedicated to reproducing low frequencies and 65 watts dedicated to highs. Controls on the back of the DBR12 are simple with two channels that accept both 1/4” and XLR connectors. To add to the versatility of this speaker, a mic/line switch allows channel one to match different input levels and channel two has RCA-type stereo input connection. Each channel has a level control so mixing can be done right on the back panel. LEDs provide a quick indication of limiter use, signal, protection circuit activation and power. The DBR12 is designed to work well as a main or monitor. Two can be easily configured as a main and monitor or two mains as left and right. A nice feature of the output section is that it can be used to chain other DBR speakers together.

I put the DBR12 through its paces on a solo acoustic gig, and then put two DBR12s on stands to cover a party with a trio of acoustic instruments. The DBRs covered both events well with surprising amount of bottom and crisp highs. The system was very clean and had plenty of power for these light gigs and load-in and set-up was easy. If you are looking for a full-range system that’s versatile and won’t break the bank, give the DBR12 powered speakers a listen. You’ll be hard pressed to find something in this price range that sounds this good and is this flexible. — ANDY MCDONOUGH

A 12-string is a bit of a specialty instrument that’s been used by legendary players like Leo Kottke and Shawn Phillips, and is instantly recognizable on some great iconic recordings (think “Hotel California”). It’s not used a lot, but for the times something special is needed to provide inspiration, or to add some character to a track, it’s an instrument unlike any other. Guild’s F-1512 totally fits the bill for those occasions.

With a jumbo body, this thing can get LOUD, but is also capable of producing shimmering nuances of all volumes that ring forever and fill the sonic spectrum beautifully. With a Sitka spruce top, and back, sides and fingerboard of Indian rosewood, the F-1512 has the vintage-shaped Guild neck, the iconic 1960s Guild Chesterfield headstock emblem, and a period-correct tortoiseshell pickguard, making for a really cool jumbo axe. It comes with Guild’s new lightweight polyfoam case. This is an excellent 12-string and a great deal for just under a grand. 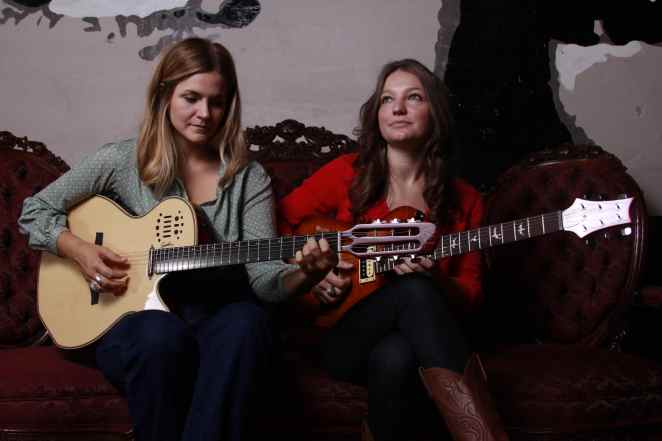 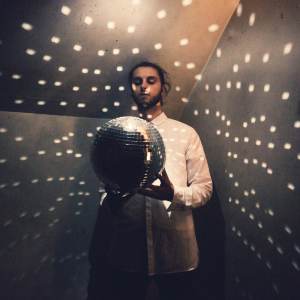