The Avett Brothers have been coming to Bonnaroo for years, playing their first show in 2006 and building their way up to bigger stages with each subsequent appearance. Yesterday, they played the biggest of them all: the What Stage, a mammoth structure that rises four stories into the Tennessee air and spans the length of a middle-school football field. Welcome to the big time, boys.

Once a small, three-piece string band, the Avetts have grown into a full-fledged quintet, capable of playing old-timey folksongs one minute and lush, cinematic Americana epics the next. They hit the epics hard last night, kicking things off with an amped-up version of “Will You Return” and stretching the limits of familiar tunes like “Kick Drum Heart,” which was pushed into Zeppelin territory courtesy of Seth’s long, metallic guitar solo. Like a good sibling, Scotty Avett stepped back from the keyboard and let his brother enjoy the spotlight, only returning to center-stage once the solo had run its course.  Momma Avett woulda been proud.

“Lotta love in the field tonight!” Seth remarked at one point, and he wasn’t lying. The crowd was packed with festival goers who’d braved the late-afternoon sun — a vicious, wicked thing that loomed over the field like a solar Death Star, raining down heat and UV rays onto anyone who wasn’t desperate enough to seek shade in the Cinema Tent —  and the mood elevated as nighttime approached, bringing some breeze and welcome cloud cover with it. Everyone seemed to know the words to every song, and when all 15,000 people shouted the refrain to “I and Love and You,” it felt like a battle cry rather than a sad lament.

The Avetts toyed with their lineup constantly, dismissing drummer Jacob Edwards whenever he wasn’t needed and even going back to the founding trio for an a cappella rendition of “Down to the Valley to Pray,” performed in honor of the late Doc Watson. Like most of the band’s songs, “Down to the Valley” was charmingly rough, filled with ramshackle harmonies that didn’t always hit the mark. That’s sort of the point with the Avett Brothers, though. They’re a rough-and-tumble band, steeped in front-porch pickin’ sessions and boozy guitar pulls. You can take the boys out of the country, but even the What Stage — which its dizzying network of catwalks and scaffolds and Jumbotrons — can’t take the country out of the boys. 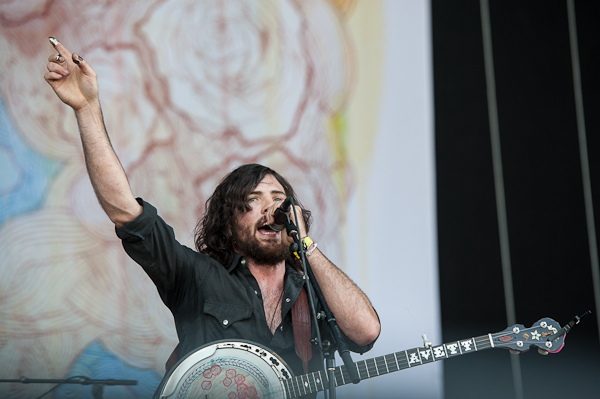 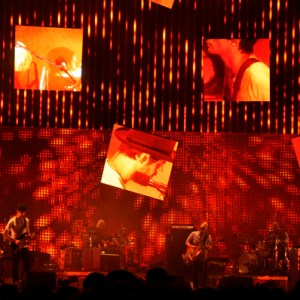 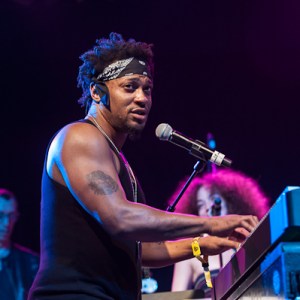