In the 1990s, grunge music was everywhere. The genre was born in the upper left part of the United States and became a global movement, led by star bands like Nirvana, Alice in Chains, Pearl Jam, and Soundgarden. “Smells Like Teen Spirit,” “Rooster,” “Jeremy” and “Black Hole Sun” are just four of the mega-hits from that decade and genre.

But the flip side of the massive musical success was the tragedy that came with it. One of the most poisonous aspects of the grunge era was all the death that came to many of its stars. From Kurt Cobain and Layne Staley to Chris Cornell and even, more recently, Foo Fighters’ Taylor Hawkins (whose son Shane also rocks)—these are just some of the names that the genre helped make stars who sadly passed away too early.

Cobain is one of the members of the 27 Club. Staley died on the same day as Cobain (April 5), eight years later. Coincidentally, April 5 is also the birthday of Pearl Jam star lead guitarist, Mike McCready. And there are others from the Pacific Northwest who died too early but who aren’t household names, like Andrew Wood, a gregarious singer and a big part of the formative years of the sludgy rock music scene.

Where there is shadow, however, there is also light somewhere nearby. That, in a strange way, has always been the legacy of the Northwest, a region known for its dreary days and creative people. And when it comes to the legacy of grunge and its leading men, that is no different now, either.

Except, today, that legacy is largely being carried on by young women: aka The Daughters of Grunge. Here, we will dive into the burgeoning creative careers of four young women who are honoring their fathers and the music they made with some songs and artistry of their own. Watch Out, World.

Within the past year, Toni Cornell made musical headlines several times. She appeared earlier this summer with her mother on what would have been her late father’s 58th birthday, via a satellite radio special. A year ago, Toni paid tribute to her father by singing Prince’s hit song “Nothing Compares 2 U,” which Chris helped to give a second life with his stirring renditions, on The Tonight Show Starring Jimmy Fallon. She also shared an Instagram video performing a rendition of the classic Leonard Cohen song, “Hallelujah,” which got a great amount of attention.

With a moving voice and an ear for melancholic melody, much like her father, Toni will surely be on festival lineups and Billboard charts in the future, should she wish to be. Check out her covers of “Hunger Strike” and “Black.”

Late last year, Olivia gave her first-ever live performance with the song “My Father’s Daughter” at the California-based Ohana Festival. At the time, her dad, Pearl Jam’s Eddie Vedder, filled in for the Kings of Leon after the group had to bow out due to a family illness. The song is part of the Sean Penn drama Flag Day. In the performance, she showed a skillful ear and a pleasantly raspy voice. Check out Olivia with Glen Hansard live from Benaroya Hall in Seattle.

Not known first as a musician, Frances Bean Cobain, the daughter of rock legends Kurt Cobain and Courtney Love, is a visual artist and model. But she shocked sections of the world in 2018 when she released a short clip of herself singing the Leonard Cohen song “Hallelujah.” She also released a songbird-esque rendition of the tune “Angel.” While she has many talents (and many eyes on her), Frances Bean is the type of person who can do anything she wishes—music included.

The youngest of the bunch here, Violet Grohl seems to be on the steadiest career path when it comes to music. She made headlines with her father a few years ago when the two paid homage to Los Angeles punk rockers X with a cover of the band’s 1980 track “Nausea” on Jimmy Kimmel Live. More recently, she’s appeared in back-to-back years with her father via his now-famous Hanukkah Sessions, performing covers of Amy Winehouse’s “Take the Box” and, this year, a cover of Janis Ian’s “At Seventeen.” Check her out below, covering Adele’s “When We Were Young.” 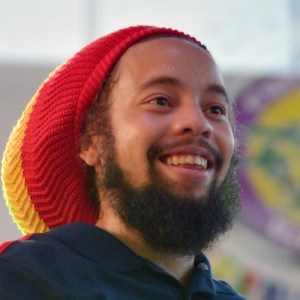 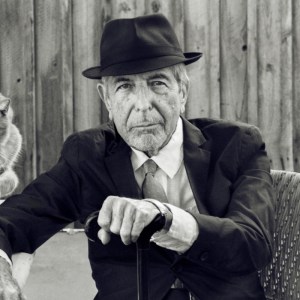