The Everly Brothers were, and remain, two of the most critical trailblazers for rock ‘n’ roll. The brothers, Don and Phil Everly, began their careers in earnest in the 1950s. Soon after, their first song to really hit it big was the 1957 track “Bye Bye Love,” which showcased the pair’s close harmonies and expert strumming. It was only the beginning for the brothers.

Now, 65 years after the debut of “Bye Bye Love,” The Everly Brothers’ music is just as emotionally and culturally relevant. To honor the legacy of the two rockers, the Everly Estates have partnered with Gibson Guitars to release a limited edition Everly Brothers SJ-200 guitar.

With efforts spearheaded by Jason Everly, one of Phil’s sons, and with the expert help of Adria Petty, Tom Petty’s daughter, a new 17-track Everly Brothers compilation is also being released this summer. The new record is titled Hey Doll Baby after one of The Everly Brothers’ early songs.

“We are overjoyed with the support from all of our friends across the music industry and incredibly grateful,” Jason said in a statement. “Adria Petty and the Petty estate in particular, have been the most amazing partners and friends through all this. We would not be here today without Adria Petty and her amazing team. I honestly don’t think my father and my uncle really understood their influence or how many lives their music touched. My father said, back in the very early days, every second or third question from a music reporter was ‘What are you going to do when this Rock and Roll thing is over?’ I think our amazing new record Hey Doll Baby, and our absolutely beautiful recreation of the Everly Brothers Gibson SJ-200 will give fans, both new and old, a chance to cherish and fall in love again with these two amazing souls. Better known to the rest of the world as The Everly Brothers.”

Adria Petty added, “Working with The Everly Families and Don Everly on this record has been the thrill of a lifetime. It is an honor to tribute the Brothers who influenced so much important rock and roll music including my father, Tom Petty’s music. He revered them and passed on the joy of listening to their music to me. I am so proud of the compilation and it is incredible to hear the tracks remastered. To see the music community and Gibson tribute them so warmly is a truly uplifting moment. The SJ-200 is a very covetable and gorgeous instrument. Everyone knows pretty much anyone who writes great songs has an SJ-200… or really wants one. And the performances and archival clips included in the virtual concert invite new and old fans to enjoy the artistry of the Everly Brothers.”

American Songwriter had the opportunity to personally catch up with Jason and Adria about the legacies of their beloved fathers. Our full interview with the two will be released in the July/August issue of the American Songwriter magazine available July 10, but read below for a sneak peek of the story.

The music compilation is a Side 1 and Side 2 record with eight Everly Brothers songs on the first side and nine on the second. Each song was carefully selected by Adria and The Everly Brothers’ estates to best represent the richness of the Brothers’ rockabilly. Adria explains that curating the tracklist was like going on an archeological dig; each song was gently extracted from the sands of a lengthy discography.

The focus of this dig wasn’t on rediscovering and remastering only Everly Brothers hits, but rather on the deep cuts and timeless covers. A few mainstream hits were also included, but they don’t dominate the record by any means. This way, the collection of Everly Brothers songs showcases the brothers’ self-made roots and gritty Americana sound. After all, Jason recalls, his father and uncle had made their careers from the ground up. In fact, back in the day trying to get their first big break, the brothers relied on the financial support of their parents. So by the time they actually got their first break, they were only about two or three weeks away from “calling it a day” and “going to get jobs,” Jason says. Their backstory consequently inspired their loved ones to create Hey Doll Baby. It was the estates’ way of pointing out the lesser-known triumphs of The Everly Brothers.

“What ended up happening with the music, which I think is kind of unfortunate, is that it just got packaged over and over again into different varieties of greatest hits. They’re all called like ‘Golden Hits’ or this kind of hit or re-recorded this or that,” Adria says. “But the truth is, there’s a huge body of music ranging from Country/Americana to really incredible rockabilly and old standards, some of which we put on Hey Doll Baby.” 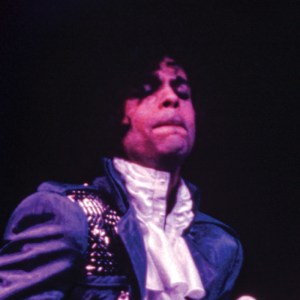