Written by Aerosmith singer Steven Tyler and bassist Tom Hamilton, “Janie’s Got a Gun” covered more serious subject matter than any of the band’s previous more hedonistic rock. The third single off the band’s 10th album, Pump in 1989, “Janie’s Got a Gun” was released on Nov. 8, 1989 and went to No. 4 on the Billboard Hot 100 and earned Aerosmith the first Grammy award of their career for Best Rock Performance by a Duo or Group With Vocal.

Tyler came up with the main riff, and Hamilton had the bass line set for the foundation of the song, before guitar and drums were added.

“Steven came in and played ‘Janie’s Got a Gun’ one day at rehearsal, and we all just stood there,” said Hamilton once the lyrics were finally set. “It was like a visit from the gods. There was something really amazing happening in that room.”

Typer was inspired to write “Janie’s Got a Gun” after reading two jarring articles—a Newsweek story on child abuse and a TIME story on gun violence in the U.S. Tyler began writing the story of a young girl named Janie, who is sexually abused by her father and eventually murders him. “I got really angry that nobody was paying homage to those who were abused by Mom and Dad,” said Tyler, who needed nine months to finish writing the lyrics for the song.

What did her daddy do?
It’s Janie’s last I.O.U
She had to take him down easy and put a bullet in his brain
She said, “‘Cause nobody believes me, the man was such a sleaze”
He ain’t never gonna be the same

“I sat for months, waiting for the oracle door to open,” said Tyler in a 1994 interview. “Then I looked over at a Time magazine and saw this article on 48 hours, minute by minute, of handgun deaths in the United States.”

Reflecting on gun violence, Tyler began to find deeper meaning behind the song he was trying to write, and its lyrics. “I’d heard this woman speaking about how many children are attacked by their mothers and fathers,” said Tyler. “It was fucking scary. I felt, ‘man, I gotta sing about this.’”

Originally, the song had the line “Daddy’s Got a Gun” before Tyler changed the gender and focused the song on “Janie.” Some of the initial lyrics were deemed too graphic—he raped a little bitty baby… and put a bullet in his brain—so the band switched the words to he jacked a little bitty baby and she left him in the pouring rain.

“I knew it was a big hit, certainly one of Tyler’s best moments as a songwriter,” said John Kalodner, head of Aerosmith’s label in the band’s autobiography, “Walk This Way.” It was a work of art, a masterpiece and so bizarre. He [Tyler] went berserk when I told him it wouldn’t get played on commercial radio with the word ‘rape’ in it. He didn’t want to take it out and there was a fight.”

Tell me now it’s untrue, what did her daddy do?
He jacked a little bitty baby, the man has got to be insane
They say the spell that he was under the lightning and
The thunder knew that someone had to stop the rain

“Janie’s Got a Gun” is preceded by the 10-second instrumental, “Water Song,” on Pump, performed by instrumentalist Randy Raine-Reusch, who used a wind gong, bullroarers, and a glass harmonica to create the special effects for the piece.

More than two decades after the release of the song, Tyler founded Janie’s Fund in partnership with Youth Villages in 2015, a non-profit supporting young girls who have suffered from abuse and neglect. Tyler’s 4th Annual Grammy Awards Viewing Party in 2022 benefited Janie’s Fund and raised a record-breaking $4.6 million for the cause.

In 2017, Tyler also opened the first Janie’s House, a home for abused girls in Atlanta and a second in 2019, located at Youth Villages in Bartlett, Tennessee.

“I’m gonna bring this Janie’s Fund with me wherever I go,” said Tyler during the opening ceremony of the new Janie’s House in Tennessee. “It’s like a dream come true.”

He added, “This does my heart and my soul good. This is real.” 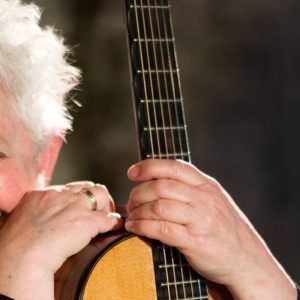 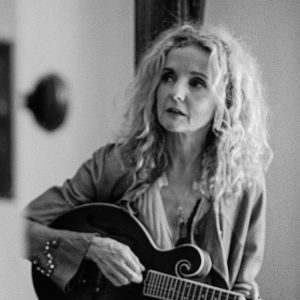