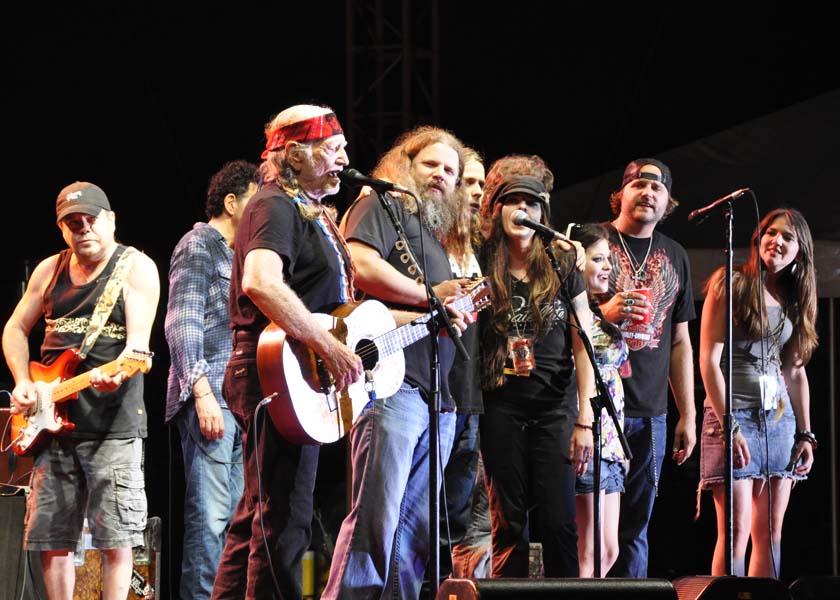 (Photos: Rick Hawkins) (View the photos from the show)

Willie Nelson diehards and outlaw-country revivalists can raise a cold one in unison this summer as Nelson’s Country Throwdown tour rumbles across the land. Featuring Jamey Johnson, Randy Houser, Lee Brice, Craig Campbell, Brantley Gilbert, Drake White and Lukas Nelson & Promise of the Real along with a stable of young singer-songwriters, the tour offers a full day of music on three stages for about the same price as a single show.

While wallowing in barbecue and suds and taking care to smile as I walked near the nice bikers’ Harleys, here’s a few of the highlights that I took away from the June 3 stop at The Woods Amphitheater at Fontanel, just outside Nashville. To quote Nelson’s “Me and Paul,” after taking several readings, I’m surprised to find my mind’s still (fairly) sound.

God Bless Texas: Willie’s shows historically start off with “Whiskey River” and a huge Texas flag unfurling behind the band. It’s about the same thing as coming out and saying, “Hello, I’m Johnny Cash.” And if it ain’t broke, don’t fix it.

Riding the Steel: Jamey Johnson’s electric country sound is unique and begs to be heard with scotch and a cigar in hand. Many of the songs are drenched in steel guitar, while the lead electric player stays close by and answers each call with a soulful reply.

Craig Campbell Brings Lower-Broadway on Tour: The “Family Man” singer honed his skills in Nashville’s busy downtown honky-tonks, and as such does some spot-on country covers. But karaoke, it ain’t. Fans love the skillful live renditions.

The Fountain of Youth: If you’ve ever wondered what it would be like to hear Willie as a younger singer, his son Lukas may satisfy your curiosity. He regularly takes the stage with Johnson, his dad and his own band, Promise of the Real, and the distinctive Nelson sound is there. Check out “Sad Songs and Waltzes Aren’t Selling This Year.”

Speaking in Tongues: Johnson’s singing voice sounds like a mumbling grizzly bear at first, but after two or three songs the growls start to sound like heartbroken laments. By the end of the night you and your friends will be involuntarily revealing emotional scars using only a series of grunts.

Brantley Gilbert Connects the Dots: The Georgia-born Gilbert’s style of country is aggressive, heavy on distortion and owes as much to modern rock in the late ’90s as it does to corn bread and biscuits. He gives a mid-day outlet for all the hotheads in the crowd.

Willie Doesn’t Take Breaks: Nelson knows what the crowd wants, and that’s “On the Road Again,” “Good Hearted Women” and “Crazy.” He won’t bore his audience with nonsense about how they look so pretty tonight or by tuning up Trigger. Plus, dude’s got a bedtime.

Randy Houser Has a Secret: He actually plays guitar! The burly “Boots On” singer takes lead from time to time, and was especially impressive while doubling Lynyrd Skynyrd’s “Simple Man” solo with his enlisted guitar-slinger.

Extracurricular Activities: The Bluebird Songwriters Tent provides an introduction to fresh talent during the day, and then the young writers each get to perform a song on the main stage while it’s reset between featured artists. Beyond taking some of the boredom out of set changes, it seems like a smart way to cultivate new singers.

Unbroken Circle: The show culminates with a full on sing-along of “Will the Circle Be Unbroken” and “I’ll Fly Away” with Johnson, Houser and whoever else makes it back up to the stage. Even for the spiritually KO’d, you’re sure to come away with that happy feeling that you just were part of something special.

View the photos from the show. 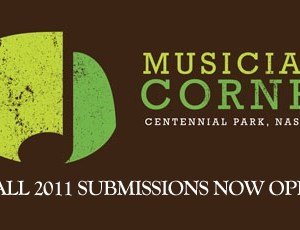 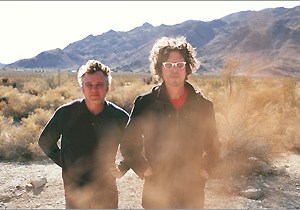