It’s been 30 years since Trisha Yearwood became a household name with her debut single “She’s in Love with the Boy” (1991). The song went on to become a No. 1 hit on the Billboard singles chart and catapulted Yearwood into the country spotlight.

From her self-titled debut album, which sold over 2 million copies, “She’s in Love with the Boy” was just the start of a multi-decade career that would give us songs such as “Walkaway Joe,” XXX’s and OOO’s (An American Girl), “The Song Remembers When” and “Thinking About You.”

With that in mind, American Songwriter is looking back at the songs Yearwood graced us with over the years. In celebration of her 30 year career and her iconic voice, here are our 10 Favorite Trisha Yearwood songs.

Released in 1996, “Believe Me Baby (I Lied) was the the lead single from Yearwood’s album, Everybody Knows. Written by Kim Richey, Angelo Petraglia and Larry Gottlieb the song tells the story of a woman apologizing for ending things with her significant other, chalking the decision up to “wounded pride.”

Favorite Lyric: Well, I got no good excuses But I got plenty of regrets / And I wish this was some bad dream I could wake up and forget.

Written by Sunny Russ and Stephony Smith, this infectious tune, released in 1998 from (Songbook) A Collection of Hits, has Yearwood singing about, what else…Love. The upbeat, catchy tune will have you tapping your toes along to the music as Yearwood describes being in that perfect relationship that everyone longs for.

Favorite Lyric: We’re doin’ nothin’ but what a perfect love does / We’re not tryn’ to make history / It’s just you and me in a perfect love.

“Wrong Side of Memphis,” written by Matraca Berg and Gary Harrison and first recorded by John Berry in 1990, was released as the lead track from Yearwood’s 1992 album Hearts of Armor. Singing about a woman who lives south of Memphis and wants to make the big move to Nashville to chase her dreams, Yearwood took the song to No. 5 on the Billboard charts.

Favorite Lyric: I’ve had this dream from a tender age / Calling my name from the Opry stage / I can hear it sing loud and clear / 200 miles and I’ll be there.

“Thinkin’ About You, written by Tom Shapiro and Bob Regan, became Yearwood’s third No. 1 single. Released in 1995, the title track from her fifth studio album, has Yearwood singing about that feeling of love when you can’s stop thinking about that special someone.

Favorite Lyric: This single minded fascination I’ve got / Do you call it love? If you don’t then what? / All I know is I don’t know what you’ve done / And this train of thought ain’t about to jump the track that it’s on.

This high-spirited uptempo hit, written by Matraca Berg and Alice Randall, was the lead track off of Yearwood’s 1994 album Thinkin’ About You. Her second No. 1 hit, the female empowering song has Yearwood singing about a hard-working American Girl who used to sign her letters with xxx’s and ooo’s, and now has dreams and aspirations to be successful in a man’s world.

Originally recorded by James House, “That’s What I Like About You,” written by Kevin Welch, Wally Wilson, and John Hadley, became a top 10 hit for Yearwood after its 1991 release.

5. “The Song Remembers When”

Released in 1993, “The Song Remembers When” is the title track from Yearwood’s third album of the same name. Written by Hugh Prestwood, the yearning ballad has Yearwood singing about the power of song. After trying to forget about a past relationship, undoubtedly, a certain song brings her right back to the place she tried to forget.

Favorite Lyric: After drivin’ out the memory of the way things might have been / After I’d forgotten all about us / The song remembers when

Fun Fact: The song was later recorded by Kristin Chenoweth for her 2005 album As I Am.

Written by Diane Warren, the powerful ballad showcases Yearwood’s iconic vocals. Originally recorded by LeAnn Rimes for the 1997 movie Con Air, starring Nicolas Cage and John Cusack, Disney felt Rimes was too young (14) to sing about the subject matter and enlisted Yearwood to cut the song for the film.

Favorite Lyric:  I need you in my arms, need you to hold / You’re my world, my heart, my soul and if you ever leave / Baby you would take away everything good in my life.

The second single from Yearwood’s album (Songbook) A Collection of Hits, “In Another’s Eyes,” written by Garth Brooks, Bobby Wood and John Peppard, was recorded by Yearwood and now husband Garth Brooks in 1997. The couple were just friends at the time, but later married in 2005.

Favorite Lyric: In another’s eyes / I’m afraid that I can’t see / This picture perfect portrait / That they paint of me.

Fun Fact: Yearwood and Brooks won the Grammy for Best Country Collaboration with Vocals in 1998.

Released in 1992, “Walkaway Joe,” written by  Vince Melamed and Greg Barnhill, was the second single from Yearwood’s album Hearts in Armor. Yearwood sings of young love gone bad as a young woman finds out that the man she loves is no good for her.

Favorite Lyric: Thus are the dreams of an average Jane / Ninety miles an hour down a lover’s lane / On a tank of dreams / Oh, if she could have only seen / That fate’s got cards that it don’t want to show.

Fun Fact: Don Henley of the Eagles sings background vocals on the song and a young Matthew McConaughey stars in the video.

Yearwood’s first No. 1 hit and debut single from her self-titled album, “She’s in Love with the Boy” put the singer on the map. Right out of the gate, Yearwood took country music by storm with the Jon Ims penned tune that tells the story of small town boyfriend and girlfriend, Katie and Tommy, who become engaged, to the dismay of her father, who disapproves of the relationship. It’s then that Katie’s mom reminds her husband that they were just like the young couple when they were young.

Favorite Lyric: Her daddy say’s, “he ain’t worth a lick” / When it comes to brains he got the short end of the stick” / But Katie’s young and man she just don’t care / She’d follow Tommy anywhere. 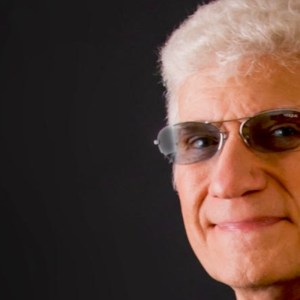 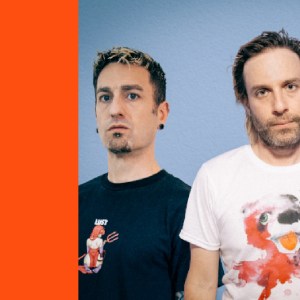