The Whos’ Pete Townshend is an icon of progressive rock, however, it was early rock ‘n’ roll that changed his life. Specifically, one classic movie got him interested in rock ‘n’ roll music. Here’s a look at what he had to say — and how his parents reacted to his newfound interest in rock ‘n’ roll.

In his book, Who I Am: A Memoir, Townshend discussed how he became friends with a child named Jimpy — and how one of Jimpy’s visits changed him. “In summer 1957 on the Isle of Man, Jimpy came for another visit,” Townshend recalled. “We had a great time together, and Dad took us to the cinema to see a musical film. I asked Dad what he thought of the music. He said he thought it had some swing, and anything that had swing was OK.”

The movie had a much bigger impact on Townshend than it had on his father. “For me it more than just OK,” He recalled. “After seeing Rock Around the Clock with Bill Haley, nothing would ever the quite the same.”

According to the book Who Are You: The Life of Pete Townshend, Townshend’s obsession with the film extended beyond that afternoon. He watched Rock Around the Clock every rainy day with Jimpy. The film shifted his musical focus. Prior to seeing it, he was primarily interested in swing music — the music his parents enjoyed. Now, he was interested in rock ‘n’ roll. Haley’s parents supported his tastes even while many members of the older generation looked down on rock ‘n’ roll.  In addition, Townshend even changed his instrument of choice.

“I was still playing the harmonica, and getting good at it, but it was clear that the guitar was the instrument that mattered,” he revealed in Who I Am. “Jimpy and I had been mesmerized by Rock Around the Clock, and Haley’s band only had a single sax player. They marked their Country & Western heritage with a pedal-steel guitar, and the swing was jaunty and extremely cheerful. Bordering on manic.”

RELATED: Behind The Song: “Suspicious Minds” by Elvis Presley

Later, The Who would give the world one of the most famous rock albums of all time: Tommy. Acclaimed director Ken Russell adapted the album into the film of the same name. According to Box Office Mojo, Russell’s version of Tommy earned over $34 million. It became one of the most iconic part’s of The Who’s legacy. Considering Townshend became interested in rock ‘n’ roll because of a rock musical, it’s almost as if his career came full circle. 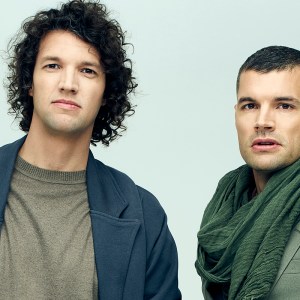 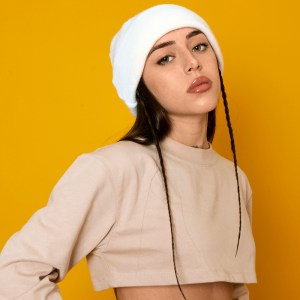