The Third Man Records’ book imprint is releasing new memoirs by Echo & the Bunnymen’s Will Sergeant and Bobby Gillespie of Primal Scream this fall.

Tenement Kid by Gillespie and Sergeant’s Bunnyman: Post-War Kid to Post-Punk Guitarist of Echo and the Bunnymen are distinct recollections of the British rockers’ youth and musical lives.

Described as “a righteous path through a decade lost to Thatcherism and saved by acid house,” Gillespie’s Tenement Kid, out Oct. 28, is structured in four parts, including recounts of the Primal Scream frontman’s younger years growing up in Glasgow, the musical transition from the 1980s into the ‘90s (“Second Summer of Love”), and the band’s early days, including the 1991 release of Screamadelica and the tour that followed.

In “Bunnyman,” available in November, Sergeant shares first-hand accounts growing up in Liverpool in the 1960s and ‘70s, a post WWII England, Thatcher-ism, British rock, the start of punk, post punk, and the early beginnings of Echo & the Bunnymen.

“It is a heady time of power cuts, strikes, flying pickets, bread shortages, skinhead gangs, IRA bomb scares, nuclear war fears, rock gigs, glam clothes, drowned motorbikes, explosives, dead-end jobs and the usual school lessons of chicken strangulation,” says the Bunnymen guitarist and songwriter. “With the help of music, I manage to navigate myself through the sinking sand of prog rock and into the safety of punk. My boots still muddy with a bad attitude, I head into the winter of discontent to become a post-punk trailblazer worshipped all over the world as a god. Well? An inventive and influential guitarist of some note at the very least.”

Sergent had his first solo art shows, “My Own Worst Enemy” at the Liverpool Penny Lane Gallery in 2011 and the Substrate Gallery in Los Angeles, California, 2012, and has continued to release solo and collaborative efforts outside of the Bunnymen, who released their 13th album The Stars, The Oceans & The Moon in 2018.

Gillespie has been working on a reissue of Primal Scream’s debut Sonic Flower Groove and recently collaborated with Savages Jehnny Beth for Utopian Ashes, out July 2. 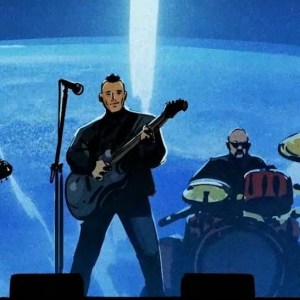 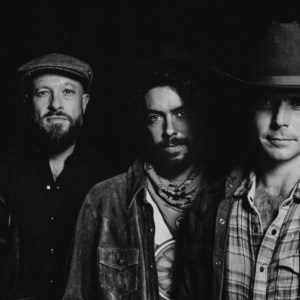