Trisha Yearwood recently sat down with the ladies of “The Talk,” and naturally, the conversation turned to cleavage.

One of the hosts brought up a study that said female job-seekers who showed a little cleavage in the photo with their resume were much more likely to get an interview and land the job than women who dressed more modestly in the photo.

RELATED: Trisha Yearwood just dished on the secret that keeps her and Garth Brooks’ love alive

With that, Trisha chimed in, “I’m in an industry where the lower cut the dress, the better. It’s kind of the way it is.”

Trisha learned her first “cleavage lesson” when it came time to release her sophomore album, 1992’s “Hearts in Armor.” She’d had a big hit with the tale of innocent, new love, “She’s in Love with the Boy,” and the people at her record label were very aware that a lot of Trisha’s fans were young girls who loved that song.

That’s why a sexy photo shoot for her sophomore album cover had the people at her label up in arms.

RELATED: Garth Brooks is spilling all kinds of fun tidbits about his love affair with Trisha Yearwood

Trisha explains, “We had a shot that we loved that was a little bit sexy. Compared to now, not at all, but a little bit lower cleavage.”

There was actually this big meeting around a conference table about Trisha’s cleavage, and whether or not little girls were going to be freaked out. It was minimal, but it was a conversation.

Trisha admits she was shocked that her breasts caused that much conversation.

“Someone was sitting in a board room having a conversation about my boobs,” Trisha says. “That’s what was happening.”

When it comes to showing a little cleavage though, Trisha points to the bikini-clad models you see at car shows. There’s a reason those women aren’t all covered up when they’re showing off the latest floor models. 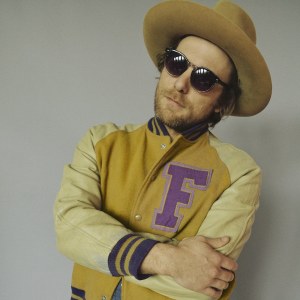