Ukraine has won the 2022 Eurovision Song Contest. On May 14, the Ukrainian folk-rap group Kalush Orchestra picked up the coveted honor of Eurovision winners during the grand finale.

“This victory is for every Ukrainian,” said Kalush singer Oleh Psiuk following the group’s win.

The six-person band consists of men of fighting age, who had to get temporary permits to leave Ukraine for the competition in Turin, Italy. Band member Vlad Kurochka, known as MC KylymMen (“CarpetMan”), chose to stay in Ukraine, where he has been helping defend the capital of Kyiv, while the other members planned to return home to their country following the competition.

The band’s song “Stefania” was initially written by Psiuk for his mother prior to the war but took on more meaning since the invasion. “Many people began to perceive it like Ukraine is my mother,” said Psiuk, “and this way the song has been very close to Ukrainian people.”

Founded in 2019, the group—named after Psiuk’s hometown in the western region of Ivano-Frankivsk—has become known for their ornate clothing, a blend of traditional garb and streetwear, Ukrainian woodwind instruments like the telenka and sopilka, and the singer’s signature bucket hat.

Eurovision has shown its support for Ukraine since the onset of the Russian invasion on Feb. 24. In the opening of the competition, contestants from all around the world performed John Lennon’s 1975 anthem “Give Peace a Chance,” some dressed in the Ukrainian flag colors of yellow and blue and waving the Ukraine flag in support.

“I ask all of you, please help Ukraine, Mariupol, help Azovstal, right now,” said Psiuk, whose family is still in Ukraine, following the group’s performance.

In an interview following the win, Psiuk added, “We need support to show everybody that our culture is really interesting and has a nice signature of its own. It exists, and we have to fight now at all of the front lines.” 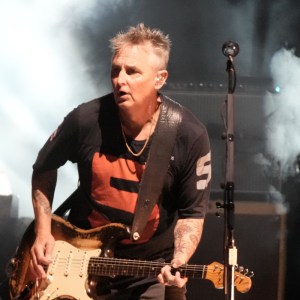