Sturgill Simpson is a karaoke champ.

Earlier this weekend, in a bar somewhere in Tokyo, the cradle of karaoke, the Metamodern country singer treated some lucky Japanese to a killer rendition of Roy Orbison’s “Crying.”

Simpson posted the clip on his Instagram account, and you can watch it here. “winning hearts and minds..I fucking love this place,” he wrote in the caption.

The Kentucky native is in Japan to perform at next weekend’s Fuji Rock Festival, and he’s apparently stoked. He even talked about the gig from the stage at Forecastle in Louisville last weekend. “You know how many fucking country singers from Kentucky can say [they’ve played] that shit?” he said with a grin.

With the exception of that one Facebook post heard round the world, Simpson is notoriously taciturn on social media. He has never tweeted despite having more than 88K followers. But something about Japan has unleashed his inner millennial, sending him on a tear of hilarious Instagram posts the past few days.

Maybe it’s because the island is one of Simpson’s old stomping grounds, a place where he spent a lot of time stationed while in the Navy. “I left home two weeks after I graduated high school in the summer of 1996, and I got out in 1999,” he told American Songwriter in a 2016 cover story. “Most of my enlistment was in Asia and in Tokyo. If we weren’t out at sea doing training exercises, we were in Roppongi or Shibuya, partying like it was 1999.” 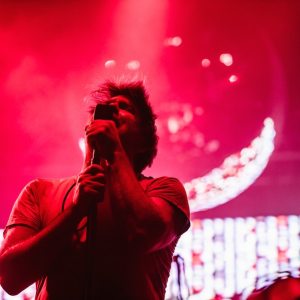 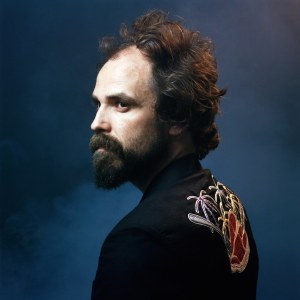