Some, like the Beatles, are beloved. While others like the outspoken rocker Ted Nugent are thought of as polarizing by many.

While it is not our place to judge, we wanted to share a list of those groups that many love to speak on. And while those feelings may not represent our own, we felt it important to collect these oft-polarizing bands in one place to see how you felt.

Of course, depending on one’s tastes, there are others that might be more fitting for this list but these groups below seem to always come up in conversation when it comes to the most controversial.

So, without further ado, let’s dive into the most polarizing artists of all time.

In the ’90s, this rock band was everywhere. With a lead singer in Scott Stapp, who sounds a lot like Pearl Jam’s Eddie Vedder, Creed was a perfect fit for the years post-grunge. What seemed to grate on fans, though, was the overtly religious messaging—so often, popular music fans like to keep their rock and their spirituality separate. Fans learned as the band got popular that the group was rooted in Christianity and that, combined with a sense that Creed was a touch corny, ended their brief reign at the top of rock music.

Nu-Metal had its day. But that day was short. Combining rap with metal was a major spike in popular music. Indeed, Fred Durst and his backward red Yankee hat were everywhere. The group had a number of hit singles through the years, many of which appeared on their LP, Chocolate Starfish and the Hot Dog Flavored Water. Today, though, they’re often the butt of many jokes.

The creepy artist was big in the ’90s and early 2000s, but with recent claims about abuse seeming to flood the media, Marilyn Manson’s star, such as it was, has fallen. But even in his heyday, Manson wasn’t accepted by everyone. With an odd image and songs about violence and torture, Manson is, let’s just say, an acquired taste.

This U.K. band is one of the most popular in the world. But there was a time when they were the punchline of many musical jokes. Not because of skill or lack thereof, but due to their sincerity and overt happiness. Lead singer Chris Martin seemingly had a perfect relationship with the golden blond Gwyneth Paltrow (before their conscious uncoupling) and that was just too easy to chide. Those feelings quickly seeped into their music, too. Today, though, the band has lasted and is loved by many.

Perhaps the most misunderstood band in America, this group is famous for face printing, odd songs with lines like “Fucking magnets? How do they work?” and a fervent fan base that follows the group around like Deadheads, ISP is strange, to be sure. But they also espouse values of equality and tolerance, which is always good. Their fans, the Jugglos, will support them to the end.

Over the years, Nugent has said a lot of questionable things. So much so that the Secret Service investigated him about things he said regarding former President Obama. He says whatever crosses his mind, seemingly, and doesn’t mind the repercussions. He’s also been accused of some rough stuff by artists like Courtney Love. Nevertheless, his ardent fan base persists as does Nugent.

Another ’90s anomaly, this group had several hits in at the end of the 20th century and into the early 21st. More recently, there has been controversy around the group, including a possible Nazi salute. That moment aside, the group has garnered criticism for its sappy songs and its rough edges.

John Mayer remains a supremely talented guitarist, but he may never live down his song “Your Body is a Wonderland.” Thought of by many as the frat boy’s favorite blues artist, Mayer is known for sexual exploits as much as he is for his music. Image is often everything, for better and worse. And beauty is in the eye of the beholder.

Once a popular musician from Detroit at the nexus of rap and rock, Kid Rock was beloved by many after his hits in the ’90s and 2000s. More recently, he’s garnered criticism (and some love, too) for his association with the far right, Fox News, and more. He has also been outspoken against COVID-19 measures and Dr. Faucci. Again, this perception may not indicate the full nuances of a person, but those facts remain deterrents in the hearts of many.

A band that is so good at writing songs that become popular that there is a severe backlash against them. The Venn Diagram of their art and the science of popularity has created curiosity over whether their songs are heartfelt creations or lab-born offerings meant to attract the ears of fans. Either way, the group has millions of followers and even more dollars in the bank. 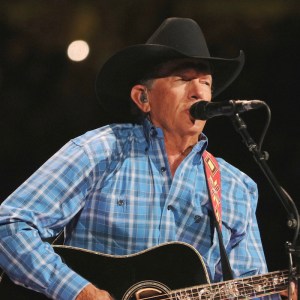 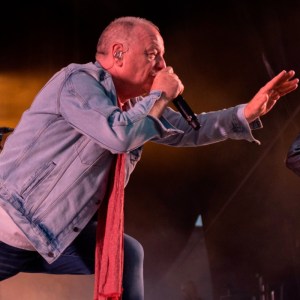