24 hours isn’t enough time to spend in Big Sky, Montana. If you visit during the summer there’s Fly Fishing, Mountain Biking, The Big Sky Songwriters Festival, and millions of other activities. I only had time to do one thing, so I decided to attend the festival for a day to find out if I could learn how to write a song.

Upon arrival at the Huntley Lodge, I was handed a pamphlet with a schedule of festival events. Everything started on Thursday the 16th and I missed a panel called: Songwriting Dynamics – Getting Started. Everyone knows “getting started” is the most important part of songwriting, so I asked the concierge about Whitewater Rafting. That’s when Dave Goodwin slapped me on the back, “Hola, John!”

Dave introduced himself as the creator of the festival. We had been emailing for a few weeks and over the next 24 hours, I’d get to know mi amigo, Dave pretty well. We left the lobby for a walk outside. I looked around and thought this must have been where that guy filmed a giant double rainbow. “Beautiful country up here, Dave.” “Isn’t it?”

Dave explained that he came up with an idea to start an artist retreat/studio in the Rockies after leaving Nashville for Bozeman in 2000. That idea evolved into the First Annual Big Sky Songwriters Festival.

The cover of my pamphlet read, “More than a dozen hit songwriters are going to teach you what they know in Big Sky, Montana.” I told Dave I wanted to learn how to write a song, but since my time was limited, “Is there someone I could shadow and learn how they learn to write a song?” 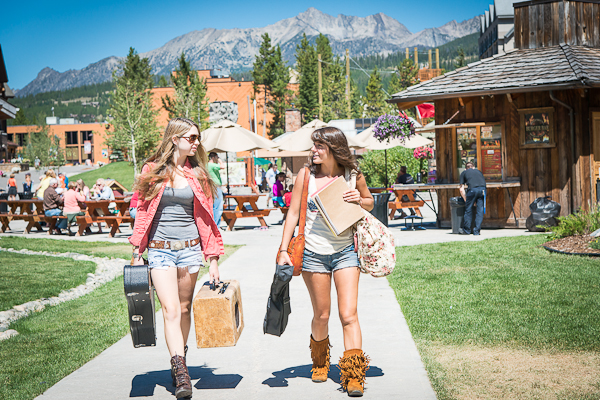 “That’s one of our attendees right there,” Dave pointed to Alaska Reid, a sixteen-year-old singer-songwriter originally from Livingston, Montana, but currently living in Los Angeles, California. Alaska (pictured, left) and her friend Zoe were on their way to the first scheduled event of the day.

Alaska and Zoe find a seat near the middle of the half-full auditorium, open their computers, get notepads and pens ready. They scribble notes and check Facebook while listening to an entertainment lawyer, a PRO representative, and a musician named Paul Durham talk about music publishing.

Paul has strong feelings against publishers and record labels. He owns his own music and makes a living through the services of placement companies that license his songs to film and television. Paul’s method is DIY. Everyone in the room loves this idea. The other panelists are quick to put things in perspective. Paul has some good points, but in the early stages of a songwriter’s career, somebody has to be responsible for introducing your music to the marketplace. The support of a publisher or label can really make a difference. And the advance they offer doesn’t hurt either. Everyone in the room loves this idea.

Someone blurts out something about, “What if you get a million views on YouTube?” A discussion opens up about collecting royalties from YouTube and placing ads on your videos. Alaska raises her hand, “Do you need permission to cover someone else’s song?” The PRO representative answers, “Once a song is exploited, anyone can record it.” Alaska shoots a quick glance at Zoe. They pack up their stuff and leave the auditorium.

I stop by my hotel room. There’s a gift bag on the bed. I dump it out:

1 lb. bag of coffee from some mountain roasting company

1 “Get Lost – In Montana” beer koozie

Dave scheduled a meeting for me with Alaska during the lunch break, so I take the SESAC pen, BMI notepad, and head out the door to a concession stand at the base of the mountain. Alaska and Zoe are waiting at a picnic table. We get some food and talk about Los Angeles for a bit. Alaska plays shows regularly around town with Zoe and the rest of her band. We discuss an upcoming gig at the Hotel Cafe and the importance of airplay on KCRW.

I ask, “What did you think about all that publishing stuff back at the panel?” Alaska explains to me that she loves to write songs and she wants to make sure she understands how to make a living doing what she loves.

“You asked a question about covering someone else’s songs.” Alaska tells me about a cover she does of “If You’ve Got the Money I’ve Got the Time” by Lefty Frizzell, “But it’s a lot slower than the way he did it. Would you like to hear it?” I would. Alaska takes her Martin Guitar out of the case. She does her version of the song while Zoe accompanies her on ukulele. The song and the Martin Guitar are both from the early 1950’s. Alaska was born in 1996. 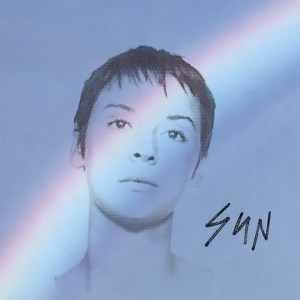 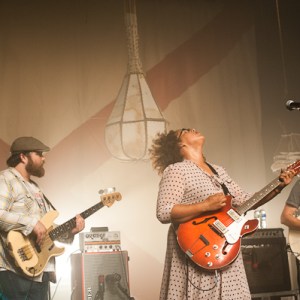