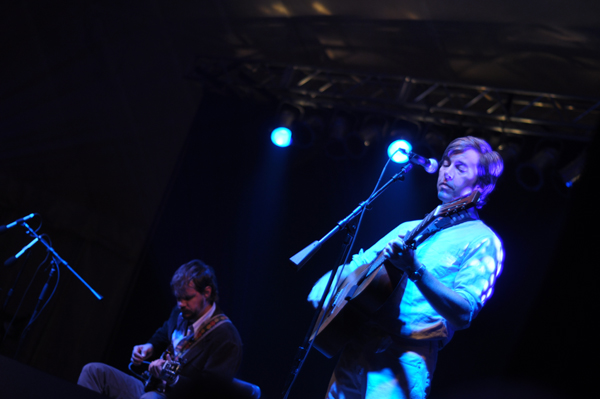 At Brilliant Corners of Popular Amusements, a new Chicago-area music and arts gathering last week, there was a clear mission to do something different than the average music fest.

In Eckhart Park, that meant two large circus tents, one dedicated to circus performers and one for musicians.

On Friday, the Austin, Texas minimal singer-songwriter Bill Callahan played the music tent, while across a field strewn with games and stalls more common to State Fairs, young circus acts plied a centuries-old trade in a second tent.

The new generation of artists who have turned to circus performance showed that what may have begun as amateurish fascination has turned to mastery. At the Bindlestiff Family Cirkus’ act, Keith Nelson joked after his sword-swallowing routine, “A $100,000 liberal arts education and this is where I ended up.”

Brilliant Corners’ other unique approach to the festival experience was a “freemium” model. Admission to the festival grounds – where patrons could play games, eat food, check out local artists at the Renegade Craft Fair, or shop at a farmer’s market – was free, while for each circus act patrons paid a separate $15 ticket, and admission to the music tent was $20 a night to see four groups.

Bill Callahan also chose the trio format for his set on Friday night, bringing his often-sardonic and quietly aching ballads to life alongside a small-kit drummer and loose electric guitarist. Pulling songs from the recent Apocalypse, like the uncomfortable and angular “America,” as well as songs from Sometimes I Was We Were An Eagle and older material, Callahan showed spurts of emotion, kicking and squirming his legs as the songs built to their climaxes.

With Chicago’s fall weather clearly an issue in play for an outdoor fest, Saturday was dealt the best hand – a crisp sunny day, breezy and dry.

In the circus tent, George Orange took the floor in the early evening, regaling a group of front-row youngsters with his tight-rope antics and vintage comedy routine.

While the festival promoters stacked Sunday’s music tent with a compelling reason to get off the couch, the weather had other plans. The L.A. band Fool’s Gold had to cancel their set, after their Chicago flight was canceled.

The Baltimore soundsmith Dan Deacon was in top form though, playing to a small but enthusiastic crowd. It felt like Deacon was warming up for his upcoming Wham City Comedy Tour, started his set with a long monologue and spending almost as much set-time on between-song banter as actual songs. At one point, he had a few hundred people forming a giant human tunnel throughout the tent.

Deacon’s set was easily a festival highlight. Effortlessly colliding highbrow art and music with lowbrow comedy, and pushing crowd participation to the hilt, he helped galvanize a festival where folk, dance music, and the circus came together under one roof. 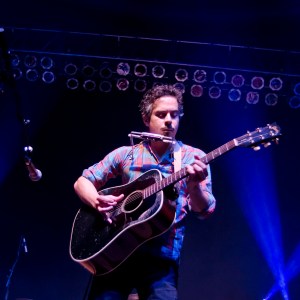 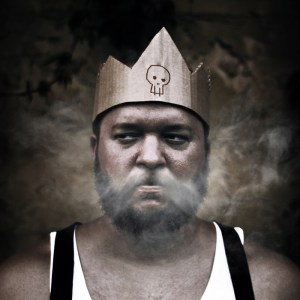