2016’s Rock or Bust Tour was indeed a bust of sorts with rescheduled dates, over 20 of which did not feature longtime vocalist Brian Johnson, after he suffered significant hearing loss.  Notorious performer and Guns N Roses vocalist Axl Rose stepped in for the remaining leg of the tour, offering the band the opportunity to at least salvage the tour, but AC/DC as we know it was never the same.

With the retirement of bassist Cliff Williams and departure of drummer Phil Rudd, who was arrested in New Zealand that year on alleged charges, now dropped, the group saw further fracture. But the breaking point for the iconic riff band was neither of those events, but came late that year on November 18, when founding member and guitarist Malcolm Young died, following a three-year fight with Dementia. And in the last few years it seemed the band we knew as AC/DC- the rock icons we called heroes, who wrote songs that we had spent every teenage moment locked away in our bedrooms listening to, and learning in our garages on our first Fender Squires- was gone.

But now we can silence those thoughts and finally say that AC/DC is back and with help from Malcom. Power Up, the first album from the band since Rock or Bust is a highly anticipated release featuring the riff-dependency we could never imagine AC/DC without. Singles like “Shot in the Dark,” is the sound every fan expected, and a slice of everything the group has built over the years with a catchiness just as prevalent as any of their former hits.

Angus reached into the vault for many of the songs allowing Power Up to reflect the same consistency established between he and Malcolm on earlier releases. The Young brothers always promised each other to return to those forgotten riffs that they had collected over their career, one day. Power Up is that opportunity.

“This record is pretty much a dedication to Malcolm, my brother,” Angus told Rolling Stone. “It’s a tribute for him like Back in Black was a tribute to Bon Scott.”

After a couple years apart Rudd and Williams also returned to the group, to record what Malcolm could not, this time with Angus’s son Stevie Young in Malcolm’s place.  Power Up was recorded in 2018 at Warehouse Studios in Vancouver with producer Brendan O’Brien, who has been involved in every release since 2008’s Black Ice.

“It was like the old band back together,” the bassist told Rolling Stone. “It was not like starting over again, but as close to the band that’s been together for 40-plus years as we can possibly make it. I didn’t want to miss that.”

After undergoing procedures with new advancements in hearing technology that restored his hearing, Johnson was also able to return to the band, allowing him and once again be the voice of AC/DC.

“Even when I sit at home and pick up my guitar and start playing, the first thing that enters my head is, ‘I think Mal will like this riff I’m playing,’” Angus said to Rolling Stone. “That’s how I judge lot of stuff.”

Wrapping up the release, ready to shoot it to the masses, Angus hopes it instills some new hope for the next rock and roll generation and urges every kid to pick up a guitar, learn a riff and write a song, because rock and roll never dies.

You can pre-order Power Up here before its release on November 13, and check out the video for “Shot in the Dark” here on American Songwriter. 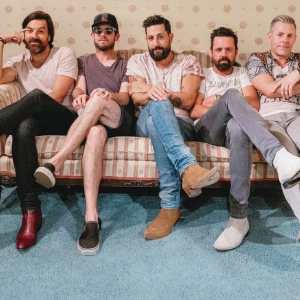 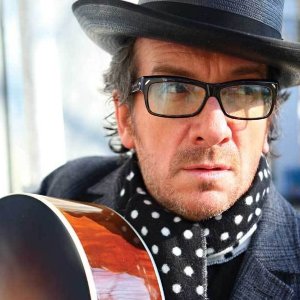