With the world waiting, Adele finally announced the release date for her new album via an Instagram post on Wednesday, October 13.

The announcement came just a week after she released a teaser clip for her new single, “Easy On Me,” and what an eventful week it was for the internationally acclaimed singer/songwriter. In addition to sharing her November 2021 Vogue cover, Adele held her first Instagram Live on October 9 where she teased the upcoming single and answered fan questions. Additionally, the livestream was attended by other stars like Alicia Keys and Ben Platt.

Adele’s new LP, titled 30, will be released on November 19, according to the Instagram post. This will be Adele’s first studio work since her third album, 25, was released in 2016.

With prior LPs 19 (2009), 21 (2011), and 25 (2016), 30 fits Adele’s theme of titling albums the age she began writing them. Her albums generally reflect milestones in her life, and this one comes after her divorce from Simon Konecki in 2019. In the Instagram announcement, she spoke fondly of the support this album offered her during one of the most trying periods of her life.

“I was certainly nowhere near where I’d hoped to be when I first started it nearly three years ago. Quite the opposite actually. I rely on routine and consistency to feel safe. I always have. And yet there I was knowingly—willingly even, throwing myself into a maze of absolute mess and inner turmoil!” the singer wrote.

“I’ve learned a lot of blistering home truths about myself along the way. I’ve shed many layers but also wrapped myself in new ones. Discovered genuinely useful and wholesome mentalities to lead with, and I feel like I’ve finally found my feeling again. I’d go as far as to say that I’ve never felt more peaceful in my life. And so, I’m ready to finally put this album out,” she concluded.

Watch the teaser for “Easy On Me” below and keep an ear out for more announcements. 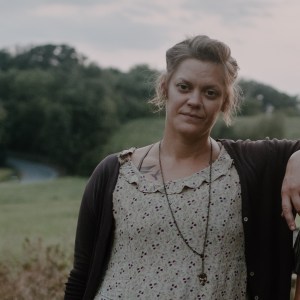