It came as a shock to many when American Idol contestant and over-the-top showman Tristen Gressett didn’t make it into the Top 14 show competitors. Gressett, and others not voted to continue, then had to fight for their last chance at staying in the game. Gressett then gave one final performance in an attempt to persuade the judges to keep them in the competition.

Gressett, 17, began his saving performance with a rendition of Grammy-winning rock artist Lenny Kravitz’s “Are You Gonna Go My Way.” The singer brought out his guitar and fought his way through the song with raspy vocals. Gressett growled his way through the lyrics, I’m not leaving ‘till I’m done.

True to the singer’s extravagant performing skills, Gressett bounced around the stage, bringing back the well-known rock ‘n’ roll “hero stance.” The whole audience waved their hands in the air and screamed along like they were at Gressett’s own concert rather than a competition show.

Impressed by Gressett’s boldness, judge Katy Perry screamed, “Is that what they call subliminal messaging?”

“You don’t belong in any other position. This is your time,” Perry said. “I mean – Woo, I just want more every single time, and it’s a great feeling.”

Luckily for Gressett, the judges went his way. The high-energy performance secured his spot as the last competitor in the Top 14.

Unfortunately, others weren’t so lucky. So after a tough decision, the judges decided to also save Allegra Miles, Jay Copeland, and Mike Parker, while Sage, Cadence Baker, Katyrah Love, Cameron Whitcomb, Elli Rowe, and Jacob Moran had to give their goodbyes.

Watch Top 14 contestant Tristen Gressett’s performance of “Are You Gonna Go My Way” below. 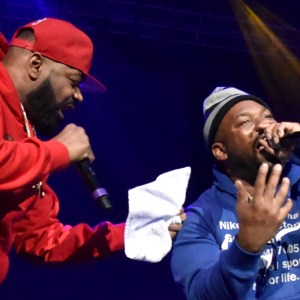 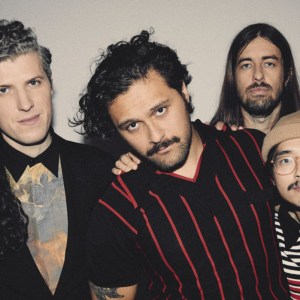