For the first time on the Basic Folk podcast, guest host Lizzie No is taking the reins. No was recently tapped for hosting duties by Cindy Howes and debuts her first interview today. In this episode, No chats with roots singer/songwriter Amythyst Kiah who’s also known for her contribution to the all-women-of-color supergroup Our Native Daughters.

“I have been a huge fan of Amythyst for a few years now,” No told Howes to preface the episode. “She is a rising star in the roots community. She’s a phenomenal guitarist, a phenomenal songwriter, and her singing voice is unmistakable. We really get into that in the interview. I kind of pick her brain for thoughts on technique and how to use your natural instincts and balance that with classical training, which she has.”

Diving into their conversation, Kiah opens up to No about her musical journey. Kiah explains that she had to be taught vocal dynamics, or singing in character, to supplement her natural singing voice. Specifically, Kiah enrolled in classes at East Tennessee State University to improve her craft.

Later in the episode, Kiah divulges her inspirations behind her latest album, Wary + Strange, and its standout track “Black Myself.” This track was originally written by Kiah for Our Native Daughters and achieved great success. “Black Myself” garnered a Grammy nomination for Best American Roots Song and won Song of the Year at The Folk Alliance International Awards.

“I really did want to re-record it in my new sense of settling into it,” Kiah said about “Black Myself.” Kiah continued to explain that she wanted to give the track a more confrontational edge which aligns with the spirit of the song. So, she re-recorded the powerful track.

“I’ve always had to find a way to find my place within speaking out. Because for me, I’m a very— for the most part— I’m a pretty private person. I like my alone time. But I know that I still want to be part of the community and part of speaking out about things. So, I feel like the best way I can do that is through music, and to have this opportunity to let the song resurface during this second wave of civil rights.” 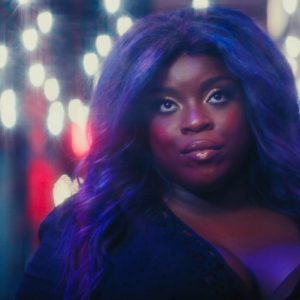