I have tried virtually every hot new microphone introduced over the last thirty years much to the chagrin of my long-suffering wife. So I can recommend with great confidence the models chosen below. They were picked due to their excellence, versatility, durability, fidelity, and value. Hopefully, this will give you a good start in your journey to make better recordings according to your budget.

The Audio OC818 is one of the most extraordinary mics I have ever used. Austrian Audio was formed by former AKG employees who when the factory closed, took their legendary technology and experience and executed it to the next level. A large diaphragm, multi-pattern mic, it’s not just exceptional on vocals—and any other source you may choose—but it comes with software plugins that allow you to shape the recorded sound after you’ve recorded it by changing the polar patterns per frequency. In addition, they built-in a special output on the back of the mic that uses a proprietary cable that allows stereo recording. What? Yup. And the best part is the quality and build are just incredible. Since this mic arrived in my studio it has steadily become the first choice of everyone working here. For around $1,200, it’s hard to beat.

BUY AT AMAZON
BUY AT SWEETWATER

The Atlantis is a large diaphragm, multi-pattern mic in the classic style of a U47 FET transducer. It’s terrific on vocals, drums, guitars, and just about anything you can throw at it but especially female vocals. It can take high SPL (volume) without breaking up and has a nifty voicing switch for flat, modern, or vintage. The vintage setting cuts high frequencies above 5k and the modern accentuates those frequencies, but we’ve never used it in a session in anything other than flat or vintage as the modern setting can introduce sibilance on some vocals. It’s not cheap at around $1,500 but it’s well worth it, due to its high fidelity, versatility and it’s build quality.

At $7,500 the U67 is the most expensive mic on this list but many (including me) consider the original the pinnacle of studio microphones. I had the great fortune to use three vintage U67s for over 20 years thanks to working with Motown legend Bob Olhsson. He’d had them since the 60s and they were just incredible on anything, in particular, they take EQ in post-production extremely well. I’m pleased to report the reissue is almost identical. In side-by-side tests, we could barely tell the difference. It works great for male and female vocals as well as acoustic and electric guitars. It should last a lifetime and if you’re very serious about your craft, it could be worth it solely on the fact that you’ll never have to think about a mic again.

The studio favorite of many, many stars from Keith Urban to Michael Jackson and more. It’s very sturdy, has a mid-forward, focused sound as a dynamic mic, and can take extremely high-volume sources. It tends to “cut through the mix” thanks to its EQ curve, not unlike its sibling, the SM57.  It has its own pop filter and at $399 you can own one, plus an affordable large diaphragm condenser, and be done with it. The B stands for broadcast by the way as it was designed for radio use.

A recent entry into the mic game, the Spirit is quickly gaining fans all over the globe. It’s attractive and solidly built in the UK and excels on just about any source. It’s a large diaphragm, multi-pattern condenser so you won’t have any trouble finding myriad ways to use it in the studio. It’s a little more “forward” in the upper-frequency ranges than some other mics on this list and maybe a touch sibilant, however, it doesn’t suffer from proximity effect like many other popular microphones. You will need to invest in a good shock mount for it as it’s hefty but at around $500 retail you should have a few shekels left over for that.

The M160 is the only ribbon mic on this list and it’s also the oldest mic I am recommending, although I should specify that these are new builds just a great long-standing design. I suggest it for vocals because I bought one on a lark about 20 years ago from a friend who needed the cash and was instantly surprised at how great it was on any instrument I threw it on and it sounded great on voice too. You may even see old photos of David Bowie using one in concerts. It’s fairly flat response-wise but that can be a good thing on some sources and on vocals, it will be very forgiving when it comes to sibilance. There’s a certain “realism” to ribbon mics and it just might be the trick for certain particular voices. Ribbons also generally take to EQ very well, even radical EQ moves in post. At $699 it’s a very reasonable expense considering its long pedigree and it’s always good to have at least one ribbon in your cabinet.

So that’s just a sample for you to consider if you’re looking at quality vocal microphones to up your game or to just add something new to your studio for versatility. Sometimes you might need a combination of these. All of these mics can be used on any instrument so you’re not wasting your money to add them to your arsenal, whether you’re a home recording enthusiast or even own a full, commercial studio. 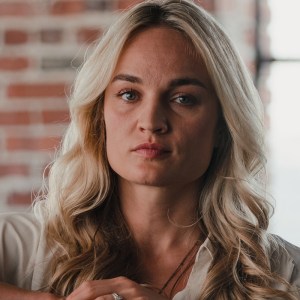