On Monday (December 13), Grammy Award-winning artist Billie Eilish took a seat in front of Howard Stern and spilled the beans. One story she told was about contracting the COVID-19 virus, which could have killed her.

Eilish got sick in August and says that the vaccine likely saved her life.

“It was bad,” Eilish told Stern on his The Howard Stern Show. “I didn’t die, and I wasn’t gonna die, but that does not take away from how miserable it was. I mean, it was terrible. I still have side effects. I mean, I was sick for like two months almost.”

She added: “I want it to be clear that it is because of the vaccine that I’m fine. I think if I weren’t vaccinated, I would have died because it was bad. When I say it was bad, I more just mean that it felt horrible. But really, in the scheme of COVID, it was not bad. You know what I mean? When you’re sick, it feels fucking horrible.”

She also says the vaccine “saved” her brother Finneas.

Now, the 19-year-old Los Angeles-born Eilish says, she has a cold, which is not COVID-19. She thinks she got it from her recent SNL performance.

On SNL, Eilish pulled double duty, hosting and performing as the musical guest. It was also the first appearance for SNL star Kate McKinnon in a number of episodes and the two shared several laughs on screen together.

Yet, that didn’t stop Eilish from possibly getting stuffy thanks to SNL‘s longtime show-runner, Lorne Michaels.

Ahead of her appearance, the show previewed the interview, writing on Twitter, “.@BillieEilish is back on the #SternShow today with LIVE performances. Tune in now for her interview with @HowardStern on @SIRIUSXM. siriusxm.us/BillieEilishHSS“ 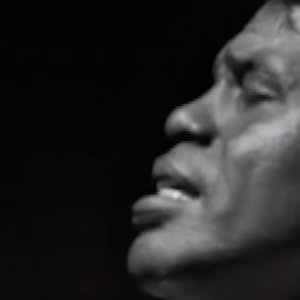