Ever since Britney Spears was freed from her 13-year conservatorship, she has been taking back her life one step at a time. The pop singer has been calling out those who harmed her over the course of her conservatorship and has even signed a book deal for 15 million dollars. Now, in perhaps one of her biggest announcements since breaking from her conservatorship, Spears announced that she is expecting her third child, her first with fiancé Sam Asghari.

In a social media post, the “Toxic” singer explained how she found out she was pregnant with her third child. She also explained why she would limit her public appearances for the duration of her pregnancy (hint: it has to do with the paparazzi). Read her full post, emojis included, below.

“I lost so much weight to go on my Maui trip only to gain it back 🤷🏼‍♀️🤷🏼‍♀️🤷🏼‍♀️ … I thought ‘Geez … what happened to my stomach ???’ My husband said ‘No you’re food pregnant silly 🤪 !!!’ So I got a pregnancy test … and uhhhhh well … I am having a baby 👶🏼 … 4 days later I got a little more food pregnant 🤰🏼🙈🙈🙈 It’s growing !!! If 2 are in there … I might just lose it 😬😬😬😬😬😬 … I obviously won’t be going out as much due to the paps getting their money 💴 shot of me 📸 like they unfortunately already have … it’s hard because when I was pregnant I had perinatal depression … I have to say it is absolutely horrible 😔 … women didn’t talk about it back then … some people considered it dangerous if a woman complained like that with a baby inside her … but now women talk about it everyday … thank Jesus we don’t have to keep that pain a reserved proper secret 🤫 😬😬😬 … This time I will be doing yoga 🧘‍♀️ every day !!! Spreading lots of joy and love 💕 !!!” 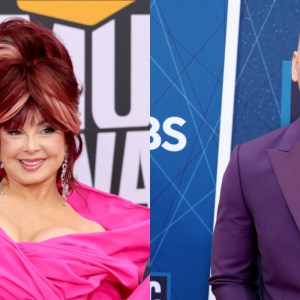