When it comes to blues guitarists, few have had a career like Buddy Guy. The six-string player who blends blues and rock in a whirlwind of sound is one of the all-timers.

So, when he announced his latest string of tour dates, which are slated to be his last, the world perked up. The 86-year-old Guy will head out on the road for his Damn Right Farewell later next year, beginning in February with a swath of dates and more that will soon be added.

Guy, a Rock and Roll Hall of Famer and Kennedy Center Honoree, will be joined by Eric Gales and Christone “Kingfish” Ingram on the road for his final outing.

So far, only shows for February and March have been announced in the U.S. but there will be more to come for the eight-time Grammy Award winner. The tour begins in his home state of Illinois with shows in Rockford on February 17 and Joliet the following day. Then Guy will hit Fort Wayne, Indiana; New Buffalo, Michigan; Anderson, Indiana; and Evansville, Indiana.

On March 1, he will play Baton Rouge, Louisiana, then he will head back to Texas for shows in Austin, Houston, and Dallas. Following that, he’ll play Tulsa, Oklahoma; and Newkirk, Oklahoma. Kansas City follows, with more dates throughout the country. See below for a full list of dates announced so far.

Tickets will go on sale to the general public on Friday (October 21) at 10 a.m. local time. Get tickets HERE via Ticketmaster.

More dates will be added. 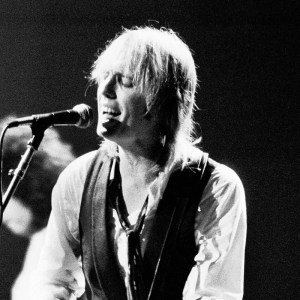