“This is how the magic happens. We talk about our nephews and our families. Then, the songs happen,” Chris Stapleton quipped in a recent chat with Dan Wilson.

During their ASCAP Experience session, The Art of Collaboration, the juggernaut songwriters came together to discuss their songwriting process, collaboration, and how the pandemic has led them to explore with their sounds and instruments. “As I’m coming back out into getting loud, as you put it, I want to find some new things. It’s exciting,” said Stapleton. “It’s like I’m in a lot of ways starting completely from scratch. It feels that way, musically in my brain.”

As far as songwriting and playing live shows, the country troubadour sees them as “two sides of a coin to me,” he noted, adding that he’s often found himself in “that circle when you’re on autopilot and you’re not even consciously thinking about playing the songs but I’m also enjoying what the other people are playing at the same time.”

Known as a member of the alt-rock band Semisonic, as well as a prolific songwriter with cuts with Adele and The Chicks, among others, Wilson addresses common concerns he is often asked by up and coming songwriters. “One of the things I find myself saying to people is can you figure out a way to play your music for other people? It’s interesting to me that that’s a struggle,” said Wilson. “I’m not talking about lockdown but about all the time. There’s a lot of people that write songs and make music and are deep into it but haven’t figured out a way to show their music, even to a friend just to play it.”

In addition to his acclaimed solo work, Stapleton appeared in the Grammy Award-winning band The Steeldrivers and co-wrote a slew of country hits, including “Your Man” by Josh Turner, “Drink a Beer” by Luke Bryan, and “Never Wanted Nothing More” by Kenny Chesney,” among countless more. So, he knows a thing or two about writing songs, you could say.

“I know a lot of songwriters that aren’t performers or singers. They don’t necessarily work that side, so I can only speak from the singer-songwriter side. My observation for the people who singing is not their thing or playing is not their thing—I know guys that are straight lyricists and they’re great at it and they make a living doing it. They’re songwriters,” offered Stapleton. “I think it’s important that they—obviously they need that other component. They need a writing partner. At some point, there has to be some kind of display. If you’re a lyricist, you have to be able to find the confidence or the craziness or naiveté to hand the lyric to somebody. It’s important to me to immerse yourself in a community of that.”

He also adds that “watching the habits of successful songwriters, and what that meant” is also a crucial component to any songwriters journey. “There’s certainly a first-date element when you get in the first time writing with somebody. But very quickly, in order to be effective, you have to be able to tell somebody that you think something is not good. You have to be like, ‘I think we can beat that.’”

Wilson and Stapleton first met at a random ASCAP event years ago “and seemed to get on pretty well,” as Stapleton remembered it. But it wasn’t until much later, when Wilson called him up to head down to New Orleans to write a song for a local jazz band, that Stapleton really got a taste of what it meant to collaborate. “We were writing on a mission for a band. I hadn’t done a whole lot of that at that point,” he says.

Never one to write for others, much less for jazz music, a genre totally out of his purview, Stapleton soon found the experience “freeing for me in a lot of ways,” he said. “That’s a lesson I’ve taken as a songwriter. Put yourself in almost uncomfortable situations and see what you have to offer and see if you can use what’s in your brain, musically or lyrically, to help out and help someone else achieve their musical thing. That’s one of the greatest gifts of songwriting.”

In the 50-minute conversation, Wilson and Stapleton also discussed splitting payout percentages, writer’s block, and breaking down personal and emotional boundaries in songwriting sessions. Check out the full conversation below. 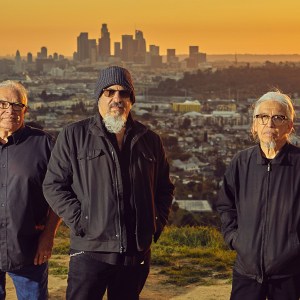 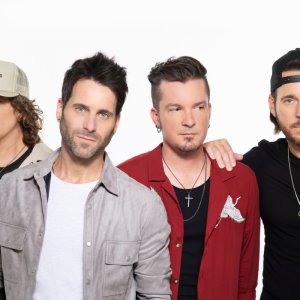