It was a star-studded event Tuesday night (September 27) at the Los Angeles Kia Forum during the second tribute show for the late-Foo Fighters drummer Taylor Hawkins.

The L.A. show was the second show to honor the drummer, who passed away earlier this year. The first was held in London at the beginning of September. The show, which was hosted by the Foo Fighters, did not disappoint.

Let’s take the performances one by one.

For the first time since Rush drummer Neil Pert’s death, the band’s Geddy Lee and Alex Lifeson performed together on three songs after being introduced by comedian and Tenacious D frontman Jack Black.

Grohl brought his former Nirvana bandmate Krist Novoselic and Foo Fighter Pat Smear, along with some former Soundgarden musicians like Kim Thayil and Matt Cameron, onstage for a pair of Soundgarden covers.

Morissette, who had played countless times with Hawkins when he was in her touring band at the height of her fame, performed her hit single, “You Oughta Know.”

Reuniting for the first time in 16 years, James Gang performed the song, “Funk #49,” with Grohl on drums. The song comes ahead of their Vets Aid benefit.

The big-voiced singer Kesha joined the Foo Fighters for a rendition of their hit song, “Heroes,” bringing her grace and power to the stage.

Foo Fighters linked up with heavy rock bands Def Leppard and Mötley Crüe for a few songs, along with pop star Miley Cyrus, who wowed the crowd.

The star-studded train continued with Heart’s Nancy Wilson and pop legend P!nk, who also played with the surviving members of Queen on “Somebody To Love” and “The Pretender,” along with the Foo Fighters.

Comedian Dave Chappelle also popped up onstage to perform a cover of Radiohead’s “Creep” along with Weezer’s Patrick Wilson on percussion.

Legendary guitarist and frontwoman Joan Jett was next, performing her hit song, “Cherry Bomb,” from her band the Runaways.

Later, Grohl joined famed producer Mark Ronson, Jane’s Addiction’s Chris Chaney (who was in the band NHC with Hawkins), and more for a cover of Gerry Rafferty’s “Right Down The Line.”

Reprising his role from the London show, Hawkins’ son Shane Hawkins sat in with the Foos for a cover of their hit song, “My Hero,” as well as the song “I’ll Stick Around.”

The tribute show concluded with a cover of “Overlong” by the Foo Fighters with Red Hot Chili Peppers drummer Chad Smith taking the kit.

(Photo by Kevin Mazur/Getty Images for The Chris Cornell Estate) 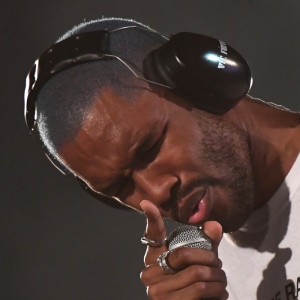 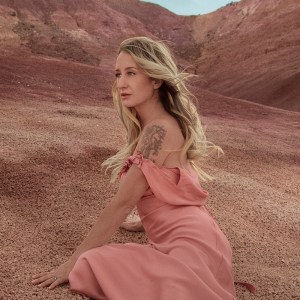