Acclaimed singer (and now festival organizer) Courtney Barnett has announced that she will release a new compilation for reproductive rights.

The collection of songs, which features Sleater-Kinney, Faye Webster, and more, was born out of Barnett’s recent music fest, Here And There. And proceeds will go to the National Network of Abortion Funds and Advocates for Youth.

To celebrate the news, Barnett released a new track, “If I Don’t Hear From You Tonight (Demo),” which you can check out here via the artist’s Bandcamp page.

For Barnett, her Here And There festival is officially underway, with the first shows featuring Quinn Christopherson and Lucy Dacus.

A full city-by-city summary of upcoming gigs can be found below.

To commemorate these artists and shows, Barnett is releasing a rare and limited edition run of 600 cassette tapes where all funds raised will go to the National Network of Abortion Funds and Advocates for Youth. Pre-order her new demo HERE

Check out the tracklist for the compilation below.

According to a press statement, “Here And There is a concept partially born of Barnett’s love of curation. Barnett has owned a label (Milk! Records) for a decade now—releasing the music of artists from her hometown of Melbourne, Australia as well as a few brilliant US-based friends she’s made along the way (Sleater-Kinney, Chastity Belt, Hand Habits amongst others), leveraging her deep connection with her audience to champion the music of others that she admires.

“Here And There is also a fresh take on touring, inspired by a couple of life-changing events that Courtney was invited to host and curate. The first, a festival named Sonic City in Belgium back in 2019, where Barnett was asked to curate a line-up over two days.”

Said Barnett, “Curating Sonic City was such a joy. I watched some incredible music that day. Sasami, Hachiku, Joan As Policewoman, Beverly Glenn-Copeland and so much more. I was completely mesmerized, I remember looking around the room and wondering how it could have possibly all come together so perfectly. I’m so thankful to the Sonic City crew for giving me that opportunity.”

According to the press statement, “The second, a special event on Valentines Day 2020 where Barnett hosted an event for the Newport Folk Foundation. That Valentine’s Day special saw Courtney act as musical director, curator, and performer along with some of today’s leading folk and indie artists.”

Added Barnett “That Valentines Day show happened in the middle of a musical epiphany for me. It pushed me just outside my technical comfort zone and left me feeling so inspired. I especially adored the collaboration of that show, it felt like one big house band swapping songs and stories. It was such an honor to share the stage with those musicians and artists that I admire.

“I was on such a high afterwards, dreaming of taking that show on the road, and then Covid halted all plans for two years. I bought a record player during isolation and spent endless hours listening to music, I think I really fell in love with music again.” 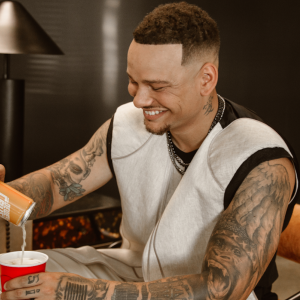 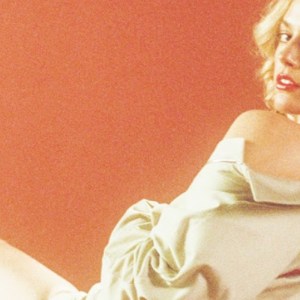