Cypress Hill is returning with their 10th album Back In Black (MNRK), out March 18, sharing more details of the release and new track “Bye Bye.”

A third glimpse into Back in Black, the rap group’s first release since Elephants on Acid in 2018, “Bye Bye” is darker, and dives into the cause of effects of violence. “In Cypress Hill tradition, we always try to make a dark song,” says Cypress Hill’s B-Real of the heavier track “Bye Bye,” featuring rapper Dizzy Wright.

“It’s what we’ve been known for, especially on our first three albums,” adds B-Real. “This song is a statement. In a roundabout way, we spoke to the politics of today. Being lulled into this dreamworld by the government. Trying to blind us from the separation that they created, to put us to sleep while they do whatever they want.”

“Bye Bye” follows 2021 singles “Champion Sound,” and “Open Ya Mind,” which opens with Sen Dog, a rarity for a Cypress song. What’s not so uncommon is the subject matter of the song, exploring the legal and educational sides of cannabis, a subject that has always been top of mind since Cypress Hill’s inception.

“We can talk about smoking, but there’s still a lot of people out there that need to be educated,” shares B-Real. “As the scene has progressed and evolved into what it is now, there still are some road bumps out there. It’s not federally legal across the United States. It’s legal here in California and other states, but we still face a lot of obstacles in terms of the federal government.”

B-Real adds, “A lot of us are pushing to finally get it recognized federally. There’s still a whole lot of work to be done, so we just keep pushing along.”

On Back in Black, “Come With Me” channels the late rapper and friend of the group, Tupac Shakur. “We were good friends with him,” shares Sen Dog. “We never got to the point where we made a song together, though, so we wanted to give him props.” Back In Black is also a movement of empowerment with “Break of Dawn” and “Hit ‘Em,” musical monologues on the importance of pushing through the hardships and remaining focused.

Recently celebrating the 30th anniversary of their self-titled debut, Cypress Hill reissued the album and partnered with Z2 Comics for their first graphic novel series, Cypress Hill: Tres Equis! in addition to launching their first NFT collection in 2021.

In addition to the new album, Cypress Hill will release their upcoming documentary Insane In The Brain: Cypress Hill, by late spring 2022.

“If you’re making music, you don’t just want to make one song,” says B-Real. “You want to make an album to show people like your skillset, your versatility, and to capture their minds. You can do that with one song, but an album is a journey. You have to take the trip. We were always fond of taking people on a journey, the rollercoaster ride, if you will, and you can only do that with an album.”

The continued aggressiveness of Cypress Hill’s music, says Sen Dog, is all part of the plan. “Staying aggressive and going forward has to be part of the plan because you don’t get anywhere without that mentality,” he says. “We’ve done it all, but since hip-hop is overcrowded, you have to keep your foot on the gas pedal and keep it moving or else you’re going to fall by the wayside. We don’t want that.”

Sen Dog adds, “This album is a return to our roots. We were proud hip-hoppers back in the day and we’ve gone through it all. We’re proud to be part of the hip-hop industry. Doing a straight hip-hop joint was the way to go.” 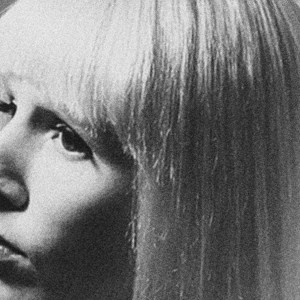