A soft piano and soothing vocals welcome listeners into Morgan Harper-Jones’ new song “All I Do.” Lyric-focused and highly reflective, it’s an intentional song with a deeper meaning: in order to move forward after loss, letting go is unnegotiable.

“I realized that in the wake of a change or an ending of any kind, I found myself resisting the loss and trying to fathom how I could change the past or fix it in order to keep it alive, rather than accepting it and moving on,” Harper-Jones tells American Songwriter. “Writing the song definitely brought this light for me, and how I was so trapped in trying to rekindle the past, in many ways, that I was missing out on the new relationships and opportunities right in front of me. Now it feels a lot smoother to allow myself to feel disappointed or sad about it, and then choose to let it go.”

Kept simple with piano, vocals, and light brushes of percussion, “All I Do” practically forces listeners to understand its words.

All I do is dig up the past and repeat it / Could I have stopped you from leaving, my love? / Was I meant to keep you? / All I do is rewind and rewrite the ending / I find the words to change everything, love / But I convince you / All I do, Harper-Jones sings.

Harper-Jones hopes her listeners will feel comforted by the song and have the courage to move on. “I get a lot of comfort from the idea that what is for me won’t pass me, and that choosing to let go makes space for something new, and usually something more aligned for me. I hope this song brings that same kind of comfort to listeners,” says Harper-Jones.

Comfort and the sense of community are Harper-Jones’ favorite things about music and songwriting—not only when she writes a song, but also when she listens. She hopes to provide for others the same support and healing music offers her.

“It feels magical when other songwriters capture my experience in melodies and words that I couldn’t quite articulate myself. It feels so connecting, like they’re reaching over and saying ‘Hey yeah, I feel that too, you’re okay.’ Or hearing a song that lifts you into the best mood and makes your day better for hearing it,” says Harper-Jones. “I think that’s why music is so healing, and the idea that I could give that feeling of connection to somebody listening really excites me for my own writing. I’m always trying my best to do that and I hope I hit the mark as much as possible.”

Harper-Jones was inspired to get into songwriting after listening to her auntie Louise tell stories through song growing up. Writing her own songs always came naturally because of that background. She was further inspired by Joni Mitchell’s music and the way she “paints a scene” with her words.

“I’m massively inspired by Joni Mitchell and Laura Marling—their words and melodies are so beautiful, and the journeys that their songs take are captivating. I’d love to think that their influence has incorporated some beauty into my own stuff. I also love anything that sounds a little bit odd, I’m always drawn to the odd little ‘happy accident’ chords,” says Harper-Jones. “Lyrically [my music is] quite reflective. I have a tendency to get quite deep, and sometimes brutally honest. There have been times where I’ve written songs and only after writing them realized that I had been feeling or behaving in a certain way—it can be a bit of a rude awakening.”

“All I Do” is the first from a six-track EP that has been in the works for the past year. Harper-Jones released a second song from the EP on November 10, titled “Lonely.”

“I’m so excited for this body of work to be released since making it has been a much-needed comfort and helped me to process a lot of my own experience,” said Harper-Jones. “I really hope that it has the same effect on anybody listening.”

Check out the video for “All I Do” below. 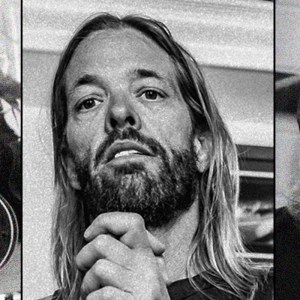