In the spirit of Martha Jane Cannary, a frontierswoman and notorious raconteur fabled as “Calamity Jane,” Nashville newcomers Camille Rae and Lucy Cantley are paving their own lane in country music with a borrowed name. Legend has it Cannary was a sharp-shooter and whiskey-drinker whose strength—despite being a woman—was never questioned.

Like their namesake, the promising duo plans to push the genre boundaries for the purpose of redefining them. Their debut single, a re-imagined cover of “Devil Went Down to Georgia,” introduced Rae and Cantley as a sonic pair likely to challenge the status quo and even earned a nod of approval from Charlie Daniels himself.

Calamity Jane’s latest song, “Looking Back” follows their recent hit “Give It All Away” in a realized new direction. “Looking Back” showcases their unique ability to transcend the traditional with both a reverence for their predecessors and an ear for the Avant-garde.

Palpable lyrics, based on a collage of their own summer memories, detail three perfect months spent ignoring the impending doom of a seasonal end date. Reflecting on beach days to neon lights, the story unfolds of two young lovers but one has dreams bigger than the idyllic beach town where this romance all goes down.

Rae cites the second verse, I can see the sparkle in your eye / I’d ignore and you’d try to hide as a thesis of young love or star-crossed relationships. Emphasizing the endearing naiveté, she says, “We ignore the true signs of a relationship bound to end all the while hiding our true feelings about the future.

We pretended that September wouldn’t come, they sing with a tinge of pain. Cantley points to the line You broke my heart and healed it all at once / In the setting sun as a centerpiece of the song. “It embodies the song as a whole,” she says. “It’s nostalgic for a time that has passed, but grateful for the memories made and lessons learned. We are who we are today because of these experiences. Just because the relationship didn’t work out, doesn’t mean the summer represents lost time.”

Released in June 2021 via Mountain Records, the bittersweet song matches emotions both going into summer, and closing it out on the other side at the end of September. “The vibrant melodies and big choruses are an exciting introduction to the summer months, while the nostalgia and reflective urge to ‘look back’ apply nicely to the end of the season,” the duo shares.

Calamity Jane captures the often-complicated duality of emotions with familiar melodies in a major key and intimately narrative lyrics. When blended, these elements evoke the tension between “loss and optimism,” which the duo believes “gives the song its power.”

“There is just this sense of nostalgia when I listen to this song,” says Rae. “The lyrics and production blend perfectly together to inevitably take me back to past relationships and experiences that have shaped me into who I am today. That is what makes it so special to me. It presents an undertone of hopefulness for the future and acceptance of the past.”

Calamity jane describes their music on a “macro-level” as alt-country. Steeped in pop sensibilities, Gospel songs, and Texas country traditions, the duo’s spanning influences converge into a consistently dynamic soundscape, resulting in something singular. As classically trained musicians, their melodies are “sweeping” and “typically very climactic and dramatic.” Cantley attempt to define their sonic contribution through their instrumental approach adding, “We also have the signature sound of the violin and viola that I bring to every song. Since I’m not really a fiddle player, the sound and tone of a classical instrument in a country song sounds fresh and new.”

Raised in Princeton, New Jersey, Cantley credits her parents and her viola teacher for guiding her in the right direction with music. Her parents were strict in enforcing a household rule that each child must play a classical instrument until age 13. At six, Cantley followed her older sister down the viola path and practiced 30 minutes a day until she was 12 and began learning from a new teacher, Gerry Rice—a star violist in the Philadelphia Orchestra. “She inspired me to practice more, and dive into the music,” says Cantley. “I started practicing up to 4 hours a day and playing in local youth orchestras, chamber music programs, and winning local competitions. I fell in love with music, melodies, and the community that the music brought me.”

This led her to attend college for music performance, which eventually brought the young artist to Nashville. In Music City she discovered a love of songwriting and an undeniable simpatico with Rae who has honed her expressive vocals since she was just three years old. After hearing her singing along to a cassette tape in the car, Rae’s aunt Diana invited her to sing at church. “The next Sunday, I got up by myself in front of the congregation and performed by myself and was hooked from there,” says Rae. “The discipline I had as a child has allowed me to persevere through the many challenges and obstacles I’ve faced in my music career and in Nashville.”

As a pair, Cantley’s revered approach to musicianship creates an expansive soundscape within the country-sphere. Rae’s brazen vocals transform poetic lyrics into something nearly palpable for the listener. In “Looking Back,” the classical esteem of the viola intertwines with traditional country elements for a sophisticated sound. Subtle layering allows room for vulnerability in Rae’s vocal delivery as she chronicles an all-too-familiar tale.

Cantley hopes “Looking Back” will convey the silver linings in lost love to their listeners. We sing so much about heartbreak in country music, often compounded by a sense of hopelessness,” she says, “But there can be hope in losing something, in moving on to the next chapter.”

Echoing the sentiment, Rae reminds listeners that it is “okay to feel.” She adds, “There is no shame in looking back upon the past to get through current or future situations. Let those good memories live on in the same way that you move forward and make new memories.”

Keep up with Calamity Jane on their website and TikTok. Listen to “Looking Back,” here. 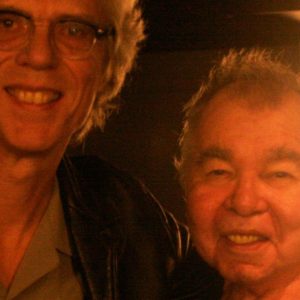 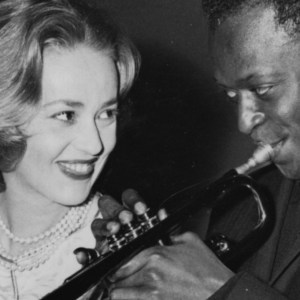