The first sound Dave Grohl claims he heard when he was born was applause. On Jan. 14, 1969, a group of young doctors were on staff and started clapping when baby Grohl was finally birthed. “It fucked me up for life,” said the Foo Fighters frontman during a recent performance and talk at Town Hall in New York, the second stop on a book tour supporting his memoir The Storyteller, Tales of Life and Music,

Through a three-hour talk, interspersed with performances, Grohl moved through snapshots of his early life and upbringing, his discovery of music, joining Nirvana, and the Foo Fighters.

Upon walking on stage, Grohl picked up a guitar, kneeled, and ripped into The Beatles’ “Eight Days a Week,” before recalling his earliest musical epiphanies between the ages of 10 and 13, singing Carly Simon’s “You’re So Vain” with his mother in the car and recognizing harmony for the first time, teaching himself to play guitar to bands like The Beatles, and learning drums by chattering his teeth.

Joking that he only knew what punk was from the 1970s-‘80s TV shows like CHiPs and Quincy before being introduced to the music by his cousin Tracey—one of the many guests from Grohl’s past who he asked the lighting crew to spotlight throughout the evening—who took him to see Chicago punk band Naked Raygun.

“My idea of rock and roll completely vanished,” said Grohl of the punk show at The Cubby Bear near Rigley Field. “This was the first day of the rest of my life.” “

In music and words, Grohl recollected how he dived deeper into learning drums, playing along to Scream, a band he would later join, on pillows in his room, and forming early bands Freak Baby and Mission Impossible, the later releasing a 1985 cassette. “I didn’t have much,” he said, “but I had enough.”

Joining Scream as their drummer and touring with the band, Grohl remembered one random night when the band performed with Iggy Pop during his record release in Toronto, and how the band broke apart in Laurel Canyon shortly afterwards, before he found Nirvana.

Lighting up his fourth cigarette, Grohl moved through more intimate, funny, and somber moments, reminiscing on his move to Seattle to join Kurt Cobain and Kris Novoselic in Nirvana, living off a meager $7 a day—and eating a daily ration three for 99-cent corndogs—and sleeping on a couch in Cobain’s bedroom near his turtle tank, to the band’s earlier rehearsals in at a nearby barn, and the recording of Nevermind.

“Kurt was always writing,” said Grohl, who mid-way through his story on Nirvana sat behind his Ludwig kit and played through the band’s debut hit “Smells Like Teen Spirit” in its entirety. “We were in our own little bubble and it didn’t make sense, but it did because Kurt’s songs were so fucking good.”

Sharing more captures from the memoir, including the band’s instant rise to success and how they became detached, the recording of In Utero, Grohl says, was the darkest Nirvana album because it reflected “three guys trying to cope.”

Grohl credited guitarist Pat Smear, and Foo Fighters bandmate, who joined Nirvana during the In Utero sessions with giving the band a few more months of life. “Even Pat couldn’t save Nirvana,” Grohl solemnly said. “When Kurt died, I was numb. I couldn’t listen to music. Music had been my life but it betrayed me.”

Reflecting on the time after Cobain’s untimely death in 1994, a remote trip to the Ring of Kerry in Ireland and returning to music, forming the Foo Fighters, Grohl broke into the band’s The Colour and the Shape (1997) release “My Hero.”

Toward the end, a hoarse Grohl continued talking and performing through three more acoustic renditions of Foo Fighters songs, “Learn to Fly,” “Best of You” and closing “Everlong.”

Continuing to eat up all the applause through the very end, Grohl reflected on the past year, how his Instagram page led him to write The Storyteller, and returning to his other lifeline: the stage. In 2020, Grohl penned love letter to live music for The Atlantic titled “The Day the Live Concert Returns.”

“The communal energy of live performance reminds us that we are alive,” he said, “and not alone.” 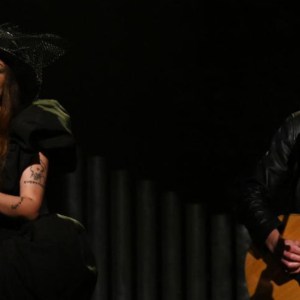 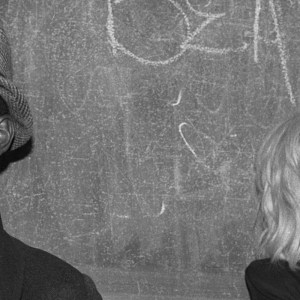