Dionne Warwick: Don’t Make Me Over, a tell-all documentary about the legendary singer, will be available on CNN+ when the streaming service launches in March. The film, created by Dave Wooley and David Heilbroner, follows Warwick’s journey from singing at her grandfather’s church to becoming the first Black woman to win a Grammy. Now, at 81 years old, Warwick is able to share her story—the whole story—with audiences.

When the film debuted at the 2021 Toronto International Film Festival, it was met with positive critical reception. Don’t Make Me Over currently has a 7.3/10 rating on IMDb, and features a wide array of Warwick’s loved ones and fellow musicians. One reviewer noted that it is “likely the first documentary in history to include commentary from both Snoop Dogg and Bill Clinton.”

“There have been many words to describe Dionne Warwick, however, for me, it comes down to one word: ‘genius,’” says Wooley. “Her extraordinary voice is a gift that she uses for her art, and always also as an instrument for creating positive change, compassion, and social justice, wherever she is.”

Warwick has been a musical force from the start of her career. With five Grammys and over 80 charting singles since 1962, her legacy is undeniable. Known for her powerful vocals and meaningful songwriting, she is not only an incredible artist but also a voice for marginalized communities.

In the film, Wooley and Heilbroner also honor Warwick’s role as an activist. Her work within African American and LGBTQ+ organizations has been one of the highlights of her seven-decade career.

One of her most notable humanitarian efforts was releasing the 1985 song “That’s What Friends Are For,” where she sang alongside Elton John, Stevie Wonder, and Gladys Knight. Funds from the song’s sales were donated to AIDS research and prevention. John also makes an appearance in the film, speaking highly of Warwick as an artist, activist, and friend.

Named after her 1962 hit single “Don’t Make Me Over,” the film is a testament to Warwick’s incredible life and career. Dionne Warwick: Don’t Make Me Over is one that music lovers will not want to miss, even if it means buying a new streaming subscription. 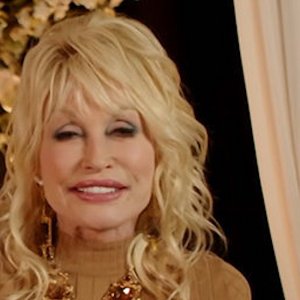