The artist, who had recently received a Rock and Roll Hall of Fame nomination, has now bowed out of the acknowledgment, saying she doesn’t think she’s properly earned it.

She wrote on Twitter: “Dolly here! Even though I am extremely flattered and grateful to be nominated for the Rock & Roll Hall of Fame, I don’t feel that I have earned that right. I really do not want votes to be split because of me, so I must respectfully bow out.

“I do hope that the Rock & Roll Hall of Fame will understand and be willing to consider me again—if I’m ever worthy. This has, however, inspired me to put a hopefully great rock ‘n’ roll album at some point in the future, which I have always wanted to do!

“My husband is a total rock ‘n’ roll freak, and has always encouraged me to do one. I wish all of the nominees good luck and thank you again for all the compliment. Rock on!”

Earlier this year, Parton said she’s ready to make a “great rock album” if she is inducted into the Rock & Roll Hall of Fame.

This year, Parton is among 17 nominees to be inducted, including Duran Duran, Devo, Kate Bush, Judas Priest, Rage Against the Machine, Pat Benatar, MC5, the New York Dolls, Carly Simon, Beck, Dionne Warwick, Lionel Richie, the Eurythmics, Eminem, Fela Kuti and A Tribe Called Quest. A final list of inductees will be revealed on May 22, along with more details of the induction ceremony this fall.

“I was absolutely floored when I heard that,” said Parton in a recent interview. “I’ve never thought of myself as being rock and roll in any sense of the word, but I guess they judge it on the music and the influence certain songs have had… I guess I’ve had songs with other people in that realm, but I don’t know how they judge that.”

Parton added, ”I’m not expecting that I’ll get in. But if I do, I’ll immediately, next year, have to put out a great rock and roll album, which I’ve wanted to do for years, like a Linda Ronstadt or Heart kind of thing. So this may have been just a God-wink for me to go ahead and do that. It’s just nice to be nominated.”

Throughout her career, Parton has covered more than a dozen rock songs, including Led Zeppelin’s “Stairway to Heaven,” Neil Young’s “After the Gold Rush,” “House of the Rising Sun” by The Animals, Bon Jovi’s “Lay Your Hands on Me,” and “I Walk the Line” by Johnny Cash. 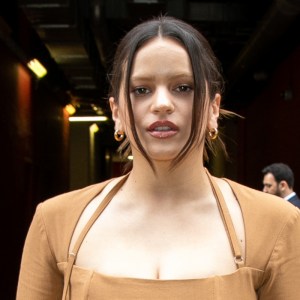