We simply can’t get enough of Ed Sheeran’s new music—this summer “Bad Habits” got us dancing and subsequent releases “Visiting Hours” and “Shivers” built the album anticipation higher. The record housing these three tracks plus 11 more is titled =, and it is set to drop on October 29.

Sheeran didn’t stop with just a few song releases, however. On October 25, Sheeran dropped sneak peeks of all 14 tracks on his forthcoming album. The previews were created via YouTube Shorts, 60 seconds or fewer videos, and aptly named #SheeranShorts.

“I had a really fun day shooting my YouTube Shorts,” Sheeran said in a statement. “I’ve always really enjoyed the music video process, so it was fun to explore a new way of doing that by channeling each song’s theme in a unique way, while also giving you a sneak peek of the album!”

The shorts not only display Sheeran’s creativity but his sense of humor. “Stop the Rain” features a fake rain shower and “Sandman” shows a comically small version of the artist strumming a guitar.

In another statement, Lyor Cohen the global head of YouTube Music, commented, “Ed Sheeran is a storyteller and I am so stoked he is using YouTube Shorts to give his fans an audio and visual preview of his incredibly powerful new album. This is going to be an unforgettable moment.”

These shorts come a day after the singer/songwriter tested positive for COVID and consequently canceled a handful of in-person interviews and performances. Whether or not Sheeran will still make an appearance on Saturday Night Live on November 5 has yet to be announced.

Additionally, Sheeran’s Mathematics Tour, featuring all four of his studio albums (–, =, ÷, x,) is still scheduled for April of 2022, and a fifth album is reportedly already in the production process. Sheeran is widely known as a prolific songwriter, and more music looms just on the horizon.

Watch all of the 14 #SheeranShorts, plus an introduction video, below. 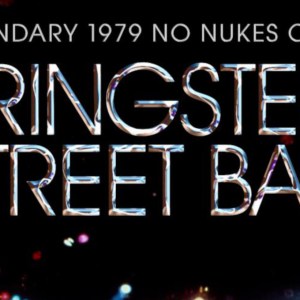