Festival Season has arrived and American Songwriter cannot wait to attend one of the nation’s largest, Bonnaroo Music and Arts Festival. This year, the annual four-day event kicks off the afternoon of Thursday, June 7, and wraps up Sunday evening, June 10. Since its inaugural year in 2002, the farm has hosted many powerhouse acts such as The Red Hot Chili Peppers, U2, Phish, Paul McCartney, and Billy Joel. The concert series has also always been a great showcase for mid-lane acts and emerging artists as well.

This year we put together a list of the acts, both big and small, which we are most excited to see:

Lissie released her fourth studio album and second as an independent artist, Castles, in March of this year. Lissie boasts a style all her own with a down to earth persona and voice reminiscent of both country greats and pop superstars. She will be performing under That Tent on Thursday at 6:30 p.m.

The 9-time Grammy winning artist Sheryl Crow will make a pitstop from her summer tour schedule to perform this year on the farm. The singer has released ten studio albums, with hits such as “All I Wanna Do,” and “If It Makes You Happy.” Crow released Be Myself April of 2017 to mostly positive reviews and performed in Nashville last summer at Live on the Green. She will perform midday on Friday on the What Stage at 4:15 p.m.

Since 2016’s Grammy-winning A Sailor’s Guide to Earth, Simpson has been making significant waves in his career with an explosive SNL performance in 2017 as well as more touring and a few opening shows for Guns N’ Roses. The country music singer takes influence from traditional artists such as Dwight Yoakam and Merle Haggard, but not without throwing in his own twist, drawing on 70’s psychedelic rock. Simpson will hit the What Stage on Friday night at 8:15 p.m.

The sister duo have performed at the festival before, only under a different name, The Lovell Sisters. Since dropping that moniker in 2009, Megan and Rebecca Lovell have been operating under the name Larkin Poe since January of 2010. Self-described as being “between Jack White and Dolly Parton,” the Atlanta duo released their third LP Peach September of last year and will be performing on the Who Stage this year, Saturday afternoon at 3:45 p.m.

Now 78 years-old, Staples has been busy as of late. In 2017 she released her sixteenth album If All I Was Was Black, toured with Bob Dylan, was featured on tracks by Arcade Fire and the Gorillaz and was inducted into the Blues Hall of Fame in Memphis. Don’t miss her performance Saturday evening on the Which Stage at 5:45 p.m.

Boogie your way into Centeroo for a performance by the disco/funk group currently known as Nile Rodgers & Chic. In recent years, the group has performed at festivals such as iTunes, Glastonbury, Bestival and Essence. Rodgers has announced that a new Chic album (the first in 20 years), a solo project, as well as a Chic-inspired musical are all in production. Of the prior two projects announced, neither have a planned release date. In 2015, the group released the first single, “I’ll Be There,” for the proposed new album. They will be performing on the What Stage, Saturday evening at 6:45 p.m.

Fans of hip-hop, funk, R&B, soul and even jazz will get more than their fill at the .Paak & The Free Nationals show. Anderson .Paak burst onto the Los Angeles music scene in 2012 with his debut O.B.E. Vol. 1 and has continued making heads nod and feet tap since, releasing hit records Venice and Malibu, and working on projects with hip-hop heavy hitters such as Dr. Dre and The Game. .Paak will be performing with The Free Nationals on the What Stage, Saturday evening at 8:45 p.m.

Justin Vernon’s indie folk experiment turned global sensation will take the stage this year as well, except Bon Iver will have two “unique” performances. Bon Iver’s last album, 22, A Million, was released in 2016, the first in five years, and marked a great stylistic shift, many likening it to Radiohead’s transition with Kid A. It’s been two years since BI’s last performance and album, which begs the question, how will they utilize their two performances? They are slated to play Saturday night on the Which Stage at 9:15 p.m. and 12:25 a.m.

Having released their second album Port Saint Joe back in April, the country duo will be rocking their way onto the main stage this year. The gruff, rambunctious Southern rockers had a big year in 2017 with two Country Music Association Awards for Vocal Duo of the Year and Music Video of the Year (“It Ain’t My Fault”), another two awards from the Academy of Country Music, and a grammy nomination for Best Country Duo/Group Performance of “It Ain’t My Fault.” They will be performing Thursday in Nashville for CMA Fest before making their way to the What Stage, Sunday at 4:15 p.m.

Although he may be a little lesser known by the average music listener, most have heard the work that Stephen Bruner (Thundercat) has been a part of. The immensely talented bassist has worked with the likes of Kendrick Lamar, Kamasi Washington, Childish Gambino, Erykah Badu and so on, often lending both his vocal and instrumental chops for other’s projects and performances, even winning a Grammy award in 2016 for his performance on Kendrick Lamar’s “These Walls.” Thundercat will be performing under This Tent, Sunday at 9:00 p.m.

Stadium rock icons The Killers are no strangers to immense crowds, there to sing and dance to their greatest hits. The chart-topping band from Las Vegas released their fifth studio album Wonderful Wonderful this past year, the band’s first to claim the top spot on the U.S. Billboard 200 and fifth consecutive album to reach number one in the U.K. The alt-rock group will be one of the last performances on Sunday on the What Stage at 10:15 p.m. 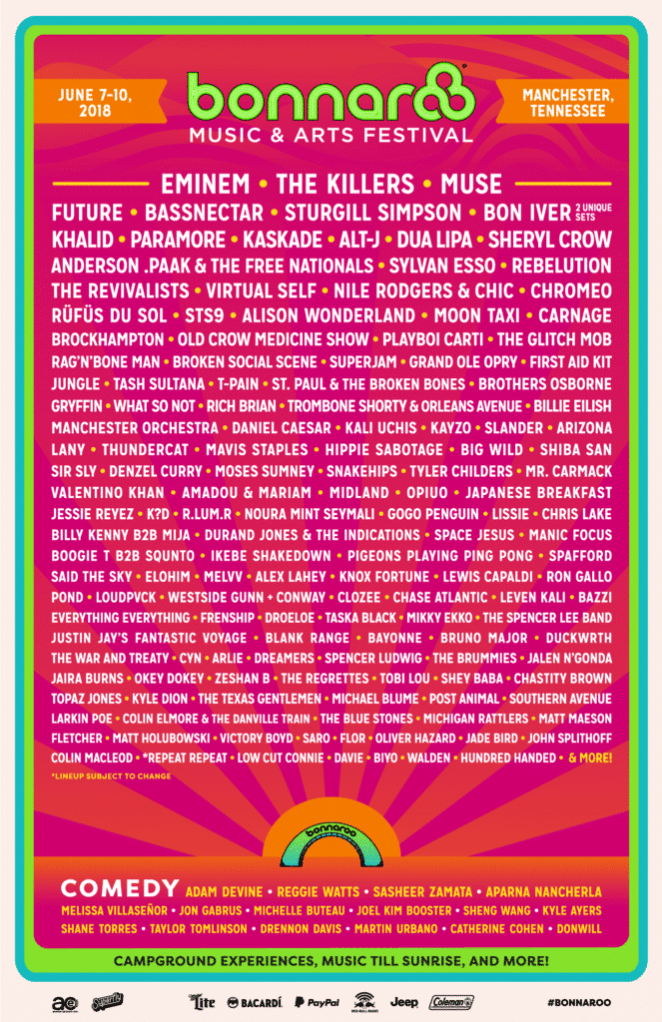 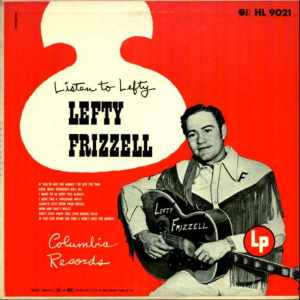 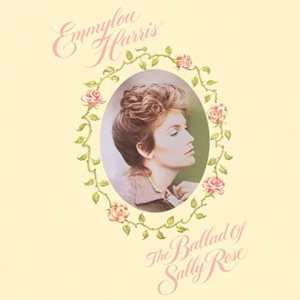