Barbie has had a few makeovers since she dumped that guy, Ken, and left the beaches of Malibu. She has saved lives, written novels, become a featherweight champion, gone to space, and inspired children and adults everywhere.

Now, Barbie is making her debut as the legendary Cuban-American singer-actress-businesswoman Gloria Estefan. A collectible Barbie, made in Estefan’s likeness, was first unveiled by Mattel in early September, ahead of Hispanic Heritage Month and just in time to celebrate the “Conga” star’s 65th birthday.

Inspired by the artist’s iconic “Get On Your Feet” style, the doll wears a dramatic black jacket with jeweled accents and intricate gold detail as seen in the 1989 music video. Her accessories include big lace sleeves, a leopard print belt, and matching print thigh-high boots. See the Barbie in detail, below.

“When designing my Barbie with the team, I wanted to ensure I was staying true to my multicultural roots—and I believe we did just that,” the singer said in a statement. In the video below, Estefan goes into detail about working in partnership with Mattel and the Barbie Signature team to accurately portray her likeness in the doll.

“We worked hand-in-hand,” she explains. “They are really careful about making sure that the subject that’s going to become the Barbie is very involved. To the point that I even sent them my thigh-high boots and my jacket that they were designing.”

Estefan joins the ranks of Jennifer Lopez, Debbie Harry, Shakira, Diana Ross, and so many more incredible talents who have also been immortalized in Barbie form. The exclusive release of the singer’s doll will end with Hispanic Heritage Month on Oct. 15.

Check out the “Get On Your Feet” music video and compare Gloria Estefan to her new Barbie.

Let us know how you think Mattel did in the comments below.

(Photo by Kevin Winter/Getty Images for The Latin Recording Academy) 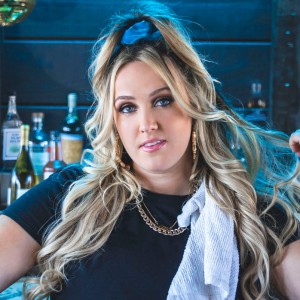 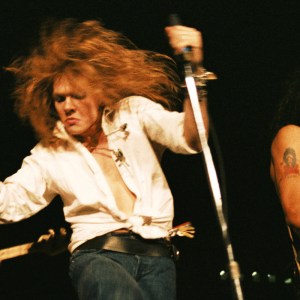