We’ve got great news for “American Idol” fans. Middle Tennessee’s Huntergirl continued into the Top 20 in the latest round of the competition. Praised for being Luke Bryan’s favorite country voice thus far in his time on the show, she earned more of his praises by performing her original song “Heartbreak Down.”

Performing an original song in a singing competition is a risky move, but for Huntergirl, it only made the judges fall more in love with her performance. Bryan, who’s been on the singer’s team since her audition, said she’s got a “magic sound” that belongs on the radio.

“When you start singing it just sounds like the dadgum country radio,” Bryan said. “You just have that magic sound and then write the songs to back it up. Thank you for getting up here and playing a great original.”

“Heartbreak Down” comes from Huntergirl’s album One Day, which she released last month in the midst of her Idol debut. Known for working with veterans in music therapy, the singer spends a lot of time writing for others and helping others process their experiences in war through song. On One Day, she gets to share her own story.

The Middle Tennessee State University songwriting graduate shared her gratitude for the album support on Instagram.

“Thank you so much for all the love on my new EP “One Day”!” she said. “I am so excited that the music I have been working on the past few years is finally out in the world. I want to say a special thank you to everyone [who] made this project a reality. Thank you for believing in me and creating something I will cherish forever. I love you guys so much!”

Watch Huntergirl’s live performance of her original song “Heartbreak Down” below: 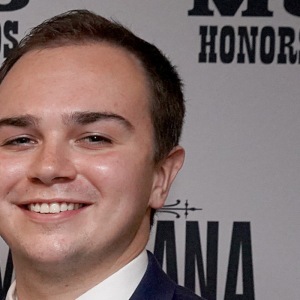 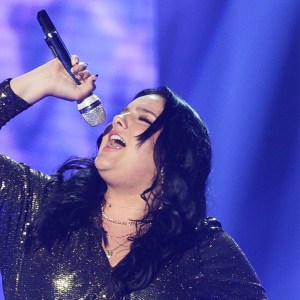