On Oct. 25, both artists hinted at a collab in the works when they posted the same video to their respective Instagram accounts. Simply captioned, “I’m A Mess,” the footage shows Lavigne sitting on a toilet with Yungblud perched on the tank behind her, wearing suspenders and a mischievous grin. “I need a beer,” Lavigne calls out to someone as Yungblud grabs a sizable chunk of her hair.

He asks “Are you ready? Are you nervous?” as he snips a few inches from the “Sk8er Boi” singer’s blonde-orange mane. Watch the full video, below.

The same day, Yungblud took to Twitter, detailing more of the collaboration in a post that read: “the song we’re about to drop is full-on lookin’ out the window of your parent’s car pretendin’ you’re in a music video vibes.”

The joint project was further solidified when Lavigne shared artwork, depicting the duo handcuffed together, with “I’m A Mess” etched in white and red above them.

With a music video in tow, the song is spot-on with Yungblud’s description. A tune heavy with those “lookin’ out the window of your parent’s car pretendin’ you’re in a music video vibes,” “I’m A Mess” is a fun dose of nostalgia.

The song plays like a throwback to early 2000s pop punk, a sound and image Lavigne perfected in her early career and a genre Yungblud has helped to revitalize in the last few years. With the merging of exaggerated vocals, melodramatic lyrics, and an angsty visual to match, the Lavigne-Yungblud collab makes perfect sense and makes for an overall entertaining experience.

Check out “I’m A Mess” and its music video, below. 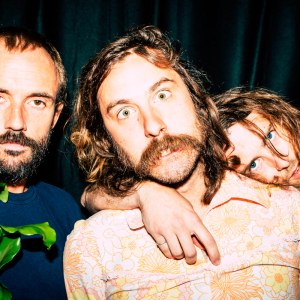 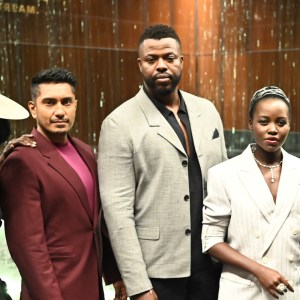