On June 23, Britney Spears pleaded with the presiding California Superior Court Judge Brenda J. Penny to end her conservatorship—a court-dictated legal arrangement that removed practically all autonomy from her life for more than a decade. The 23-minute remote call into the courtroom was the global pop icon’s first public statement in over two years, and best attempt yet to provide her opinion on the matter. In the testimony, Spears described the arrangement as “abusive,” citing feeling forced to take medication, attend treatment programs, and perform.

Following the hearing, old friends (Justin Timberlake) fellow stars (Mariah Carey, Halsey) spoke out in support of Spears, furthering her plea to turnover the restrictive ruling. On June 28, her younger sister, Jamie Lynn became the first family member to share their stance on the subject.

In a video statement posted on her Instagram stories, Jamie Lynn defended her criticized tardiness in responding to her sisters plight, saying she wanted to grant her sister the opportunity to speak for herself. Further, she said it “wasn’t [her] place” to do so until her sister was able to say what she felt to the public.

“But now that she’s very clearly spoken and said what she needed to say, I feel like I can follow her lead and say what I feeI I need to say,” Jamie said in the video.

“Since the day I was born, I’ve only loved adored and supported my sister. I mean this is my freaking big sister, before any of this bullshit,” Jamie Lynn shared in the emotional footage. “I don’t care if she wants to run away to a rainforest and have zillion babies in the middle of nowhere, or if she wants to come back and dominate the world the way she has done so many times before, because I have nothing to gain or lose either way. This situation does not affect me either way, because I’m only her sister who’s only concerned about her happiness.”

Until Monday (June 28) Jamie Lynn had remained behind the scenes of the drawn-out court battle between her sister and her father, Jamie. Since the conservatorship was put in place in 2008, Jamie has controlled his eldest daughter’s financial affairs alongside co-conservator, Andrew Wallet, until his voluntary resignation in 2019. Wallet was replaced by a financial group, Bessemer Trust, which was appointed co-conservator by Judge Penny in November 2020.

Jodi Montgomery stepped in as a temporary conservator. According to a petition filed by her attorney last August, Spears is “strongly opposed to having James return as conservator.” When Judge Penny refused to remove Jaime from his role at the hearing in November, Spears’ attorney, Samuel D. Ingham III, responded to provide more clarity on her stance.

“My client has informed me that she is afraid of her father,” Ingham reportedly told the judge, according to The Associated Press. “She will not perform again if her father is in charge of her career.”

The younger Spears, a child star from Nickelodeon’s Zoey 101, expressed that she has paid her own bills since she was 10-years-old, and therefore cannot be held responsible for her family’s actions. Explaining the intricacies of a star-studded familial dynamic, Jamie Lynn made a “very conscious choice” to only participate in Spears’ life “as a sister and aunt to those boys.”

In the wake of Spears’ testimony about her conservatorship, her ex-husband, Kevin Federline, also weighed in via a statement from his attorney, Mark Vincent Kaplan. The two were married from 2004 until 2007 and share two sons, Sean Preston, 15, and Jayden James, 14. According to the attorney, the children’s father has not been involved in the conservatorship and his top priority is his children’s well-being. “Kevin feels that the best thing for his children is for their mother to be happy and healthy,” Kaplan stated in an exclusive interview with ET Online. “And if she can do that without a conservatorship, that’s terrific.”

Further, Kaplan stated that if Spears’ is able to make decisions that do not “jeopardize herself or her children should they be in her custody, Kevin is very comfortable with the conservatorship being dissolved.”

Jamie Lynn’s video statement was tinged with bitterness towards the harsh criticism from the #FreeBritney camp. She spoke out solely for the sake of clarification, though she insists she owes nothing to the public.

“Maybe I didn’t support the way the public would like me to—with a hashtag on a public platform—but I can assure you that I supported my sister long before there was a hashtag and I’ll support her long after.”

In the social media post, Jamie Lynn expressed she is proud of her sister for using her voice and for requesting new counsel, which she alleged to have told her sister to do so many years ago—”not in a pubic platform but just in a personal conversation between two sisters.”

In conclusion, Jamie Lynn stated, “If ending the conservatorship, if flying to Mars, or whatever the hell else she wants to do to be happy, I support that 100% because I support my sister; I love my sister. Always have, always will. As long as she’s happy. So let’s keep praying. That’s all.” 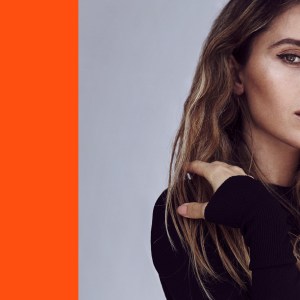 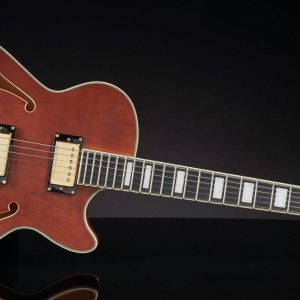