The Kevin & Dreka Gates Foundation – founded by multi-Platinum recording artist Kevin Gatesand his wife/manager Dreka –is partnering with The Crystal Campaign (TCC) to help end the stigma around mental health. Gates, who has always shared his struggle with mental health through his raw and emotional lyrics, has announced a “Walls Talking” inspired merch line that will raise funds for the Kevin & Dreka Gates Foundation which seeks to raise awareness and advocate for policy changes that support the mental health of formerly incarcerated people. Shop the full line HERE.

“Walls Talking” is one of the most personal and powerful tracks on from Gates’ sophomore album I’M HIM and details the voices that haunt Gates’ mind.  The prolific rapper previously teamed up with suicide prevention organization SAVE.ORG to release the video for the vulnerable track.

The Crystal Campaign is a global movement of healing with the mission to make mental health as common and important of a conversation as physical health. TCC and its nonprofit network are thrilled to work with global brands and talent to create content, products, and experiential activations that alleviate the mental health crisis.

Kevin Gates has always been inspired to help others throughout his successful career. With his wife Dreka, Kevin founded The Kevin & Dreka Gates Foundation, with the purpose of educating youth and bringing awareness to depression, mental health, financial hardships and many other trying issues that young people are faced with today. The overall mission of the foundation is to educate and empower youth with the mindset that even if you are dealt a bad hand, you can still make good decisions early in life that lead to a successful and positive outcome. The Gates couple has become a pillar of an exemplary relationship in the music community, as they lead a positive, balanced family life, full of happiness and the utmost respect for one another.

Recently, the  accomplished rapper released his highly-anticipated new album I’M HIM, the 17-track follow-up to his 2x Platinum-certified debut ISLAH,debuted at #1 on the Billboard R&B/Hip-Hop Album Sales chart. On the overall Billboard 200 chart, Gates picked up his fourth top 10 album, landing at #4 with over 75,000 equivalent album units earned. I’M HIM also debuted in the #1 spot on the Digital Albums chart and as the #1 album in federal penitentiaries.

I’M HIM was immediately met with critical acclaim upon release with Pitchfork stating, “seventeen songs with no guest features should be a recipe for exhaustion, yet there’s hardly a trace of fat on I’M HIM. The draw remains, as most well-rounded personalities be his unabashed self, whether that means being a hardhead always, hearing one of rap’s, a hornball, an unguarded romantic, or all of the above.” Gates recently sat down with the ITSTHEREAL podcast for an extremely meaningful conversation covering so many facets of his life; listen HERE. 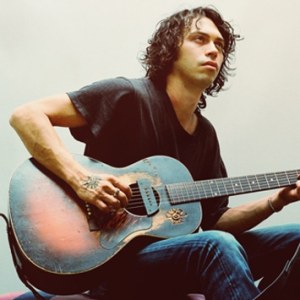 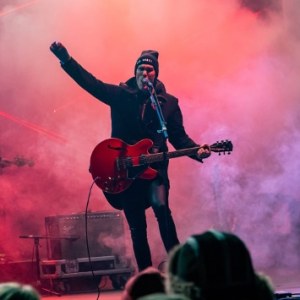